"I'm wondering if there's any greater despair than maternal love." 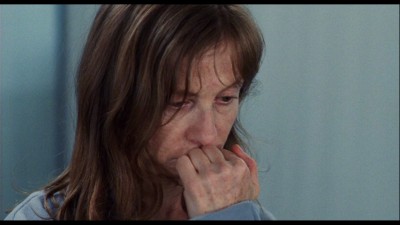 There seems to be something that especially horrifies us about the failure of a mother to care about--not just provide for, but feel for--her child. This irrational, probably sexist response (it never seems so shocking when it's a father who's uncaring) is primal: each and every one of us has (or had) a mother and craved maternal love, whether she or it was there or not. That fraught, unavoidable connection is omnipresent in Western dramatic history (from Oedipus Rex and Medea through Hamlet and on down) and has, of course, inspired many a movie, from Truffaut's The 400 Blows to Malle's Murmur of the Heart to Bergman's Autumn Sonata to Tom Kalin's underappreciated Savage Grace, and many, many more. In the case of Alessandro Capone's Hidden Love (L'amour caché), the Bergman comparison is apt regarding both its theme and, when the film is at its most fully realized, its style: it is an attempt, and a fairly successful one, to explore, à la the most intense sections of Persona or Autumn Sonata, a mother's troubling indifference, or outright revulsion, toward her own offspring. 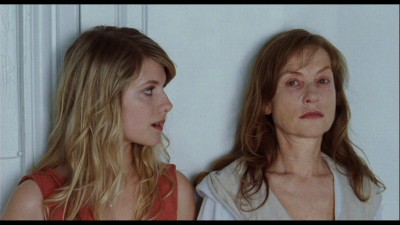 The mother in question, Danielle Marquand, is played by Isabelle Huppert (White Material; Mélanie Laurent (Beginners) is her daughter, Sophie, age 23 in the film's present. Through a series of flashbacks and dreams/hallucinations (often shot in gorgeous black and white or oversaturated colors by cinematographer Luciano Tovoli, who also shot Antonioni's The Passenger) we learn that the two have had, from the moment of Sophie's birth, a relationship wrenched and torn at every turn by Danielle's seeming inability to have any deep or sincere maternal feelings toward Sophie; by Danielle's consequent guilt and overcompensation; and, subsequently, by Sophie's acting out in reaction to the lack of deep feeling on her mother's part, which she, with a child's unfailing instincts, can sense with certitude. Their mutually felt and inflicted cold rage and recrimination has spiraled down to the point that, when we meet Danielle at the beginning of Hidden Love, she is miserably, neurotically ensconced in a high-end mental institution under the close watch and care of a psychoanalyst, Dr. Nielsen (Greta Scacchi, The Player), whose treatment she resists and with whom she generally has an embattled relationship. In the meanwhile, Dr. Nielsen has a strained relationship of her own, her marriage to her renowned colleague Morris (Olivier Gourmet, The Son, Home), a man who, while his wife cannot help carrying Danielle and Sophie's emotional war around inside her, finds it all too easy to separate his work from himself and coolly espouses a sort of anthropological, quasi-social-Darwinian perspective on human familial relationships. The three women, try as they might to understand, help, or reconcile with each other, seem caught in an impasse until an unforeseen tragedy intervenes and breaks it for them. 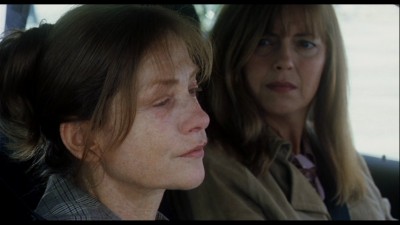 The film is strongest when focusing on the back and forth between Danielle and Dr. Nielsen; Huppert, a deservedly legendary actress, is superb as Danielle, and the character and her performance anchor what is, at times, an unfocused story. The scenes with Laurent as Sophie, alone or facing off with her mother or Dr. Nielsen, are also quite good. But the ways in which the scenes are put together do not always seem to make the strongest emotional connections; there seems to have been a search for just the right tone, one that was never really hit upon. The bits with Scacchi and/or Gourmet as the married psychoanalysts do create a nice parallel with and comment upon the therapy scenes, but this is another element that never connects quite as well as it feels like it should. The marriage subplot ends up getting short shrift, which is less confusing or annoying than a source of some puzzlement about why that relationship, whose troubles we have also become involved in, seems to more or less just fade out of the film. 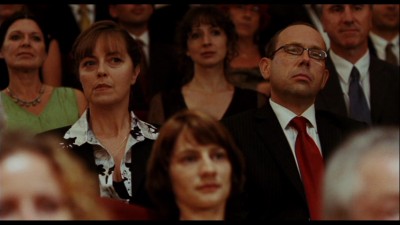 Still, there is no question that this is Huppert's show, and the temptation to give more of it to her is very understandable. Danielle is the kind of complex, flawed, and troubled character Huppert specializes in. On the whole, Hidden Love could certainly not be ranked with Michael Haneke's great The Piano Teacher; but here, as she did in Haneke's film, Huppert nonchalantly steps out onto the emotional tightrope and walks it from beginning to end with such sensitivity and commitment that, even if this somewhat uneven film did not have its many other praiseworthy qualities, her performance alone would make it worthwhile.

The film's style is for the most part--with significant contributions from Tovoli's cinematography and composer Lawrence D. "Bull" Morris's sparingly employed, high-strung, often Shining-esque score--very nicely assured. After an initial, worrying tendency to overindulge a bit in slick overediting and slo-mo tricks, the film eventually relaxes into a style that actually does manage some of that impressive, captivating Bergmanesque confidence in quiet, stark, precisely composed and lit scenes bursting with emotional tension, the vestiges of prior psychological violence and the threat of more to come. The film's final, extended long shot is beautiful and meaningful enough to make you forget its weaknesses; there is finally no dialogue, no more accusation or regret, just a moving visual expression of some expansive hope after the film's clinical claustrophobia, and it arrives like a cleansing rain after an arid spell. 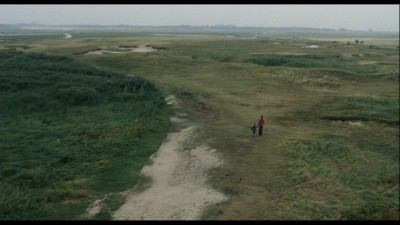 
Cinema Epoch has taken good care in getting Hidden Love onto disc, in a 1.85:1 anamorphic transfer, for home viewers. The transfer is taken from a good print, and all the colors and textures of the film look just right; there is a nice preservation of the rich celluloid "grain" (as opposed to graininess) of the film, so the visual properties retain some of the feel of the theatrical experience. The only real complaint is minor; there are some very occasional noticeable print flaws--visual "pops" or scratches/debris lingering for only a couple of frames. Other than that, this is a more than decent, very respectful transfer that is worthy of the film.


The Dolby 2.0 digital soundtrack is irreproachable. Every dimension of the film's sound, from dialogue to room sound to background noise to score, is perfectly proportioned and comes across crystal clear.


The film's American theatrical trailer is included, and once again, a foreign film that is patiently reflective is given a hyped-up, misleading trailer that makes it look like some sort of cheesy thriller.

There is also a bounty of deleted scenes that are non-anamorphically presented and, unfortunately, not subtitled. But even to those who do not know any French, it will be clear why most of these scenes were deleted; many of them feature extraneous voice-overs and over-the-top, hallucinatory dream sequences that, while interesting enough in and of themselves, would have made the film a different (and not better) sort of experience. These scenes further confirm a slight tonal uncertainty that survives into and slightly mars the final cut of the film. The only thing that might reasonably have been kept in is a series of scenes between Scaachi and Gourmet; it appears that there was to have been significant further exploration of this husband-and-wife relationship, but it was ultimately pared down to give center stage to the mother-daughter conflict at the center of the film.

There is also a 14-minute making of that is quick-cut to a poppy soundtrack (The Strokes! The Beach Boys!) and reveals nothing about any interesting aspect of making the film. There are no interviews with, or even much footage of, the cast or crew; this is merely a video scrapbook featuring memories of the crew, and entirely perfunctory.


A Bergmanesque tale of a tragically embattled mother-daughter relationship, Hidden Love is, for the most part, a very worthy effort, marred only in spots by a little narrative disorganization here or some incongruously slick stylistic moves there. Isabelle Huppert once again reaffirms her status as one of the world's greatest actresses; the film has many pleasures to offer, but her performance as a mother devastated by her own apparent inability to feel is chief among them, and would in itself be good cause to seek this one out and give it a look. Recommended.