Additional A/V Comments: As specified in the individual reviews linked above, we're treated to an impressive level of quality from top to bottom...with two minor exceptions. First Blood looks and sounds great from start to finish, especially considering the film's age and source material. Cop Land displays sporadic amounts of edge enhancement but sounds fantastic. The opposite is true of Lock Up, which looks better than expected but is less effective on a sonic level. We may get more impressive versions of certain titles in the future (First Blood, probably), but there's very little to complain about here.

NOTE: This review's screen caps were taken from promotional sources and do not represent Blu-Ray's native resolution.

Again, these are the same discs as before...and for the most part, the menus are clean, concise and easy to navigate (unlike the bulk of Lionsgate releases...ugh). No obvious layer changes were detected during playback and, oddly enough, only First Blood appears to be unlocked for region-free playback.
This three-disc collection is housed in a standard-width hinged keepcase (seen above); no inserts or slipcovers are included, but general content descriptions have been printed on the back cover.

Bonus Features
These 480p extras have been ported over from the earlier Blu-Ray/DVD releases, so you've probably seen them already. First Blood includes two Audio Commentaries with Stallone and writer David Morrell, a short Retrospective Featurette, three Deleted Scenes / Outtakes and a skippable Pop-Up Trivia track. Lock Up recycles a trio of general Production Featurettes, five short Cast Interviews and the original Theatrical Trailer. Cop Land treats viewers to an entertaining Cast/Crew Audio Commentary, a short but insightful Production Featurette, a brief Storyboard Comparison and two Deleted Scenes. It's nice that everything from past releases has been preserved, but these extras are starting to show their age.
Final Thoughts

Actor-themed boxed sets aren't always an easy recommendation, but Miramax's Stallone Collection is a good, inexpensive way to fill out your growing Blu-Ray library. Featuring two great movies and one...well, watchable one, this collection's only drawback is that the bulk of its target market probably owns part of it already. Factor in the solid overall A/V quality, well-rounded extras, practical packaging and low retail price, and you've got an exceptional "bang for your buck" collection that action fans will really enjoy. Firmly Recommended overall...unless you own one or more of these titles already, of course. 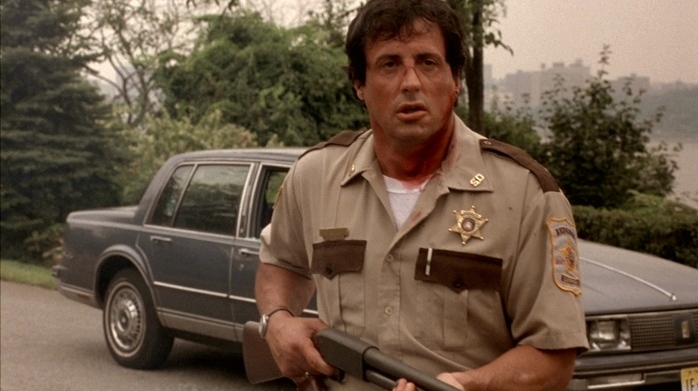 Randy Miller III is an affable office monkey based in Harrisburg, PA. He also does freelance graphic design projects, teaches art classes at a local gallery and runs a website or two. He also enjoys slacking off, juggling HD-DVDs and writing stuff in third person.