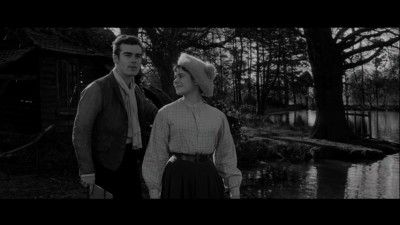 Pauline Kael once dismissed onetime photographer Stanley Kubrick, a favorite target, and his masterpiece 2001: A Space Odyssey, by claiming that "the cinema is not a cameraman's medium." But the extent to which that assertion is, at most, an exaggerated half-truth is nicely illustrated by the 1960 big-screen adaptation of D.H. Lawrence's 1913 novel Sons and Lovers, which was directed by the legendary British cinematographer Jack Cardiff. Cardiff (the subject of a must-see documentary entitled, very fittingly for what I'm trying to say here, Cameraman)will always rightly be best-known and -loved for directing the memorably exquisite photography of such classic films as The African Queen and Black Narcissus; his own directorial efforts, such as the fun and visually unfettered Girl on a Motorcycle, can't compare. But it's significant, and goes some way toward discrediting Kael's hasty dismissal about "cameramen," that virtually everything good about Sons and Lovers is due to the cameraman-turned-director and his own cameraman in turn. 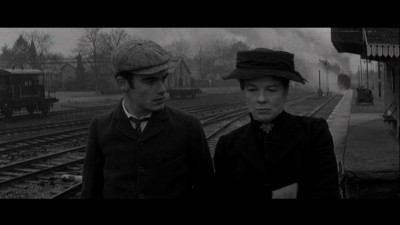 Cardiff and D.P. Freddie Francis (some of whose later, lovely black-and-white work on David Lynch's The Elephant Man is prefigured here) have a cumbersome albatross weighing down their true(r) understanding of Lawrence's class/society- and nature-obsessed romanticism: Gavin Lambert's adapted screenplay, which plods along "faithfully" to the letter, but not the spirit, of the novel. Part of what makes the screenwriter's task so notoriously thankless is that they must, even when working from a novel's fecund mass of words, think cinematically, not novelistically, and this Lambert fails to do, transcribing big, undigested chunks of text and passing them off as "dialogue" to be spoken by young Paul Morel (Dean Stockwell, like Francis a future Lynch collaborator), the scion of a lower-class mining family whose artistic ambitions, sexual frustrations, and yearning for freedom put him in an ambivalent, sometimes hostile position vis-à-vis turn-of-the-century Nottingham; his two lovers, the repressed maiden Miriam (Heather Sears) and the married-but-separated suffragette Clara (Mary Ure); and, most complicated, his all-giving but over-attached mother (Wendy Hiller, I Know Where I'm Going!). The Nottingham setting, the Freudian push-pull between Paul and Miriam and Clara and all their mothers (creepy but inevitable and true, as Lawrence knew); the pressures of their repressed community; the agonizingly torn loyalties Paul feels between his close-knit but stifling family, class, and town on the one hand and his artistic ambitions (not to mention his sexuality) on the other, are rife with cinematic possibilities, but Lambert is too busy placing sometimes very awkwardly expository dialogue into everyone's mouth (really, if they all understood themselves so well, constantly and accurately summing up their psychologies and personalities in words, why do they have any problems?) to notice. 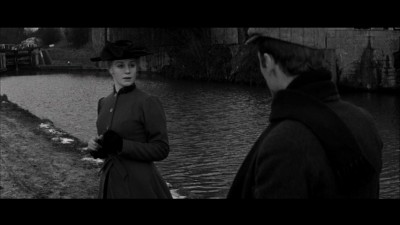 Those possibilities don't escape Cardiff's and Francis's attention, however, and for every overweighted line of dialogue (or other missteps, like the filmmakers' tendency to use Mario Nasciubene's score as emphatic emotional punctuation, a device that works splendidly for Douglas Sirk but comes off cheesy and soap-operatic in this context), there's an image -- the people of Nottingham framed strikingly from afar against the foregrounded, overarching industrial silhouette of the town's coal works; a beautifully "moon"-lit interior of Miriam and Paul doing a reluctant, stifled lovers' negotiation over sex and feelings as a mill wheel turns inexorably in the river just outside; an extreme-wide shot of Paul and Clara ecstatically insignificant against the vast surrounding of the seashore; a slow zoom in too intensely close to Paul's haunted, longing eyes -- that proves the cliché about a picture's being worth a thousand words encouragingly, refreshingly true, particularly if those words have been as uncertainly "adapted" by Gavin Lambert and the pictures are made by ones as inventive as Cardiff and Francis. 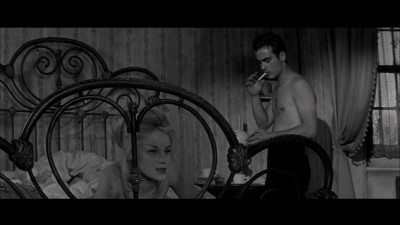 So, to mitigate Kael's blanket, prejudiced, ultimately reckless claim, the cinema can be a "cameraman's medium" as much as anyone else's (the greatest films, of course, among which Sons and Lovers can't be counted, have words and sounds and images and montage so complementary, so in tandem for the film's purposes, often under the cohesive vision of a writer/director/auteur, that the matter of distinguishing which technician's contribution matters "most" loses any urgency). Cardiff and Francis can't nullify the bulky awkwardness of Lambert's writing, can't completely transcend its flatfooted clutter; one can't shake the impression that there are too many chefs here, and that the film actually would've been better as a silent (or at least much more silent than it is; in this case, it the cinema sure ain't the screenwriter's medium). But, contra Kael, on the multiple occasions where the image and the figures within it are shaped in such a way as to release some of that troubled, wracked, rich Lawrentian vibe, it's like a sunburst through Lambert's dull gray clouds of dialogue -- glimpses of clear, inspired, freer heights that come often enough to remind you of why the thing is worthy of existing in the first place, and are in the end sufficient to more or less save the day. 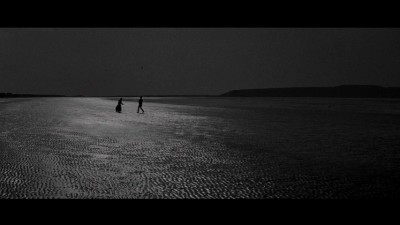 
The best thing about this manufactured-on-demand edition of Sons and Lovers, in picture-quality terms, is the anamorphic widescreen presentation preserving the original, Cinemascope theatrical aspect ratio of 2.35:1. Otherwise, as is all too common for MOD releases, putting them too often in the category of "better than nothing," the picture quality ranges from fair to rather poor. There appears to be little in the way of aliasing, perhaps slightly more edge enhancement/haloing, but the real problem is in the texture and look of the image: Things will be going along swimmingly, with what looks like decent celluloid texture and fidelity to the contrasts in Freddie Francis's fetching black-and-white cinematography, and then the image will flicker off and on into a state of flat-grey, almost purple gloopiness, like watching it on an old TV, before returning to its healthier state. Because of the frequency of this problem (about a quarter to a third of scenes suffer from its stuttering, quite noticeable intrusions), the picture quality cannot be rated very highly.


The sound, presented as a Dolby Digital 2.0 track to convey the film's original mono sound, does somewhat better. There's still something of a remove and a tinniness to the sound of some scenes that suggest a better clean-up job could've been performed, but overall, dialogue is nicely audible, with no imbalance among the sonic elements and little in the way of blare/distortion. 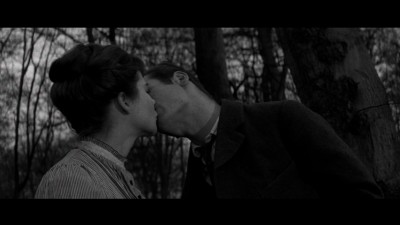 Cinematographer-turned-director Jack Cardiff can't do much with the too-straight adaptation of D.H. Lawrence's novel by screenwriter Gavin Lambert, but again and again, in his 1960 film of Sons and Lovers, the naturally visually-oriented Cardiff and his actors bypass Lambert's often superfluous, hyper-expository dialogue to give us brilliant flashes of the caged-but-keening romanticism that drove Lawrence's restless, rebellious imagination. There's plenty that sticks out as clumsy, cliched, or dated as we witness the story of artistic miner's son Paul Morel (Dean Stockwell) escape as best he can the Freudian traps inadvertently laid by the mothers in his life and the oppressiveness of his early-twentieth-century time's too-slow awakening from Victorian sexual hypocrisies, but it's not the film's flaws that linger. Instead, what seeps in and haunts is the aura Cardiff creates through his orchestrations of the camera with the actors' faces and bodies; the details and textures and physical realities of the places where Lawrence's characters have grown up and live and work and fight and love; and the tone -- not the words but the rhythms and the spaces between the words -- of dramatic interactions. The film can't be considered wholly successful, but in its tug-of-war between Lambert's literal-minded, "literary" sensibility and Cardiff's sensitive, alert way with his primarily visual medium, Cardiff ultimately wins, and the film retains much too much of the melancholy, erotic power of Lawrence's life-seeking vision to not be at least tentatively Recommended.