Best of Bogart Collection (The Maltese Falcon / Casablanca / The Treasure of the Sierra Madre / The African Queen), The 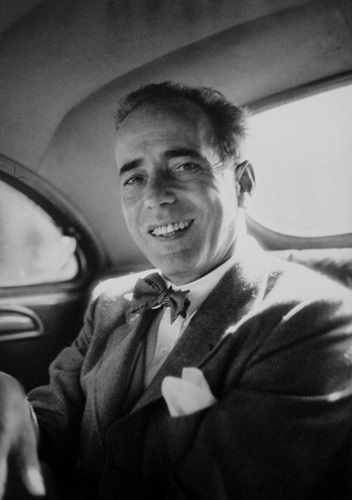 The Best of Bogart Collection is a repackage job of four previous Blu-ray releases. Four attractive cards with small reproductions of the posters of each film are included, but nothing bonus-wise has been added to the existing disc releases. The collection is a bit cheaper than buying all four movies separately, but there's absolutely no need to re-purchase these movies if you already own them.

Here's the good news. If you don't own these four movies, this is a wonderful place to get them all. While it's tempting to grumble that they could have released The Big Sleep and/or To Have and Have Not on Blu to fill out this set, it's hard to argue that these are four of Humphrey Bogart's best films, highlighting the classic actor in four distinctly different roles.

Purists might also find Warners' packaging a bit problematic. Instead of putting each of the four Blu-rays on its own hub within the standard-sized case, they've been double-stacked on two hubs instead. As long as one is careful, I don't personally think it's such a big deal. But it's definitely worth noting.

Anyhow, let's get to the flicks... 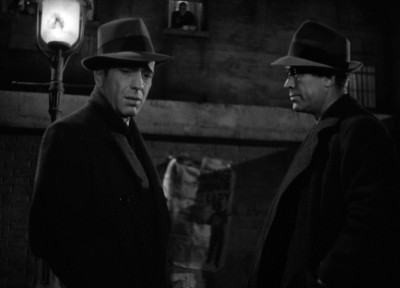 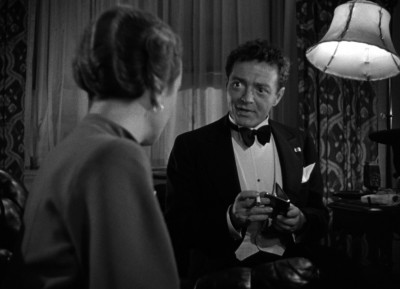 Fast-paced, exciting, and nearly incomprehensible for most of its running time, The Maltese Falcon is the quintessential hard-boiled detective film. Bogart is the fast-talking, quick-witted private dick, Sam Spade. When his partner gets whacked after being hired by pretty lady Brigid O'Shaughnessy (Mary Astor), Spade finds himself the prime suspect. He also finds himself tangled up with a gang of smugglers, including Peter Lorre's effeminate Joel Cairo and Sydney Greenstreet's malevolently jolly Kasper Gutman. The smugglers are on the trail of a one-of-a-kind statue, shaped like a falcon. Smarter and tougher than anyone he's up against, Spade could almost be a cartoon character, if not for Bogart's ability to balance machismo with humor, and even a touch of tenderness.

The story goes that writer-director John Huston had his secretary transcribe Dashiell Hammett's novel, putting the dialogue and action into script format, and then Huston called that his first draft. Huston is extremely faithful to Hammett -- certainly more so than the book's earlier film adaptations (which were included as bonuses in the 2006 DVD special edition of this film but are excluded here). Yet Huston does more than act as a conduit to the novelist's prose. Both as screenwriter and (first-time) director, he maintains a breakneck pace that sweeps the audience giddily along with plenty of quippy put-downs and other punchy patter, deftly covering the fact that we pretty much have no idea what's going on for about two-thirds of the movie. The mood and performances are so strong that, by the time Huston's script pays off precisely as it should, we are not left just feeling relieved but instead we are tremendously exhilarated.

For a rundown of the tech specs and bonus features, check out DVD Talk's review of the single-disc Blu-ray. 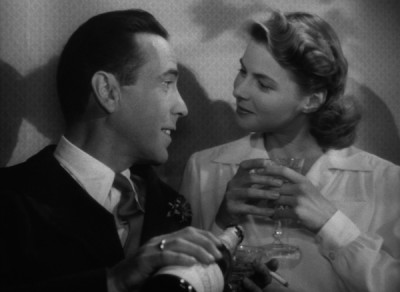 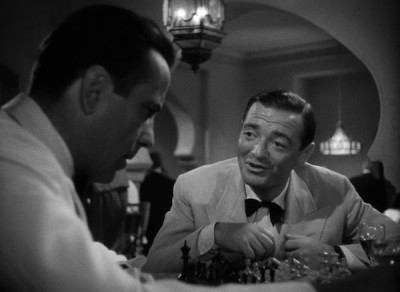 There have already been two releases of Casablanca on Blu-ray, and based on the listed features on the outside of the box, it would appear that Warner Bros. screwed up and included the 2008 version that many purists derided for its video DNR and lossy audio track. BUT, in fact, the only thing that Warners screwed up this time was listing the tech specs and bonuses for that edition on the packaging, while instead they have given us the one-disc version of their better-liked 70th Anniversary Edition.

Considering that Casablanca won the Oscar for Best Picture and consistently appears at or near the top of dozens of major all-time best movies lists, I probably don't need to tell you that much about it. But, here goes: Bogart plays Rick, an embittered idealist and nightclub owner in Casablanca -- a key stop in Africa for European refugees trying to flee the Germans during World War II and get to America. When an infamous freedom fighter Victor Laszlo (Paul Henreid) arrives in town, looking to buy some black-market transit papers that will guarantee him and his female companion safe passage, things get a little complicated. You see, the man who was going to sell the papers, Ugarte (Peter Lorre), has been nabbed by the authorities. Before he was pinched, he gave the transit papers to Rick for safe keeping. Also, Laszlo's companion, Ilsa Lund (Ingrid Bergman), happens to be the woman who broke Rick's heart, back when they were fighting for the same cause. Unsurprisingly, Rick is not in the giving mood, and he refuses to sell the papers to his ex-lover's current fella. Ilsa is overcome with nostalgia and meets with Rick secretly, opening the possibility that maybe Rick and Ilsa will escape together, leaving Laszlo to fend for himself in Casablanca.

Casablanca is the perfect example of lightning captured in a bottle. It can be hard to pin down the X factor that makes a movie so memorable, but in the case of Casablanca, it seems to be the sympathetically drawn characters, brought to life by brilliant performances. The combination of the exemplary ensemble cast (which also includes Claude Rains, Conrad Veidt, Sydney Greenstreet, and Dooley Wilson), the tight plot and quotable dialogue of the script (credited to Julius J. Epstein, Philip G. Epstein, and Howard Koch, based on a play by Murray Burnett and Joan Alison), and the stylish but not overly-indulgent direction of Michael Curtiz -- all under the supervision of producer Hal B. Wallis -- make this a product of the old Hollywood studio system par excellence. Heck, even the film's signature song, "As Time Goes By," is easily one of the all-time greats. While it's doubtful anyone working on the film knew they had an all-time classic on their hands, it's clear everyone involved was interested in making a good picture. And, as luck would have it, it turned out to be one of the best.

For a rundown of the tech specs and most of the bonuses, you should check out DVD Talk's review of the 70th Anniversary Gift Set of the movie. The bonuses that are missing from this 1-disc edition are the three non-movie-specific documentaries listed at the end, about the Warner Bros. studio.

The Treasure of the Sierra Madre
Movie: 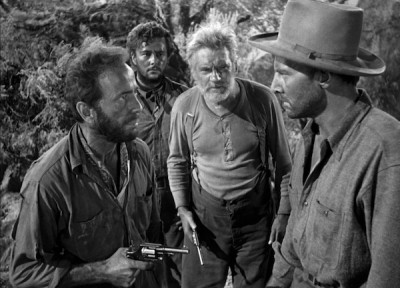 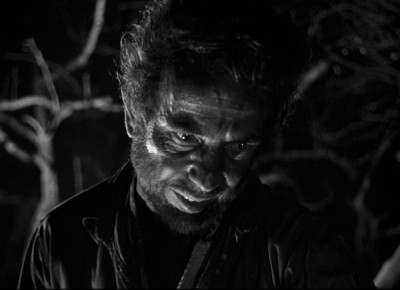 Bogart reteams with John Huston for a ripping yarn about the way greed can warp men's souls. Working from a novel by B. Traven, Huston won two Oscars for writing and directing, as did his father Walter Huston for Best Supporting Actor, but Bogart delivers the most singular performance in the film.

The film begins with Fred Dobbs (Bogart) and fellow American Bob Curtin (Tim Holt), looking for work and barely scraping by in Mexico. They get stiffed on their paychecks for a construction job and end up sleeping in a flop house, where they meet Howard (Walter Huston), an old prospector who says he knows where a rich vein of gold can be mined. With just enough dough to their names to get supplies, the trio make a deal to go into the prospecting business together. Very shortly, Dobbs and Curtin have a rude awakening as to the amount of work it takes to find gold, let alone mine it. But soon, they find the precious metal they are seeking, and the real work begins. Being an old hand at this, Howard tries to the warn the other two about the way gold can make men paranoid, but they ignore him until it's too late. If the way that Dobbs and Curtin start suspiciously watching each other isn't worrisome enough, soon the trio have to deal with threats to their treasure from the outside, such as a rival prospector and roving bandits.

The Treasure of the Sierra Madre is not only a perfectly calibrated suspense film, but it plays out as a Shakespearean tragedy, with Bogart's character the victim of his own inborn fatal flaw. As Dobbs, Bogart transforms from a sympathetic, down-on-his-luck joe to a jittery, monstrous madman, and he does it incrementally and believably, so that his character is truly terrifying by the end. Later films, like Kubrick's The Killing, Danny Boyle's Shallow Grave, and Sam Raimi's A Simple Plan (to name but a few), have grabbed elements from Huston's classic, but this particular story still feels fresh and engrossing.

For a rundown of the tech specs and the bonus features, check out DVD Talk's original review of the Blu-ray release. 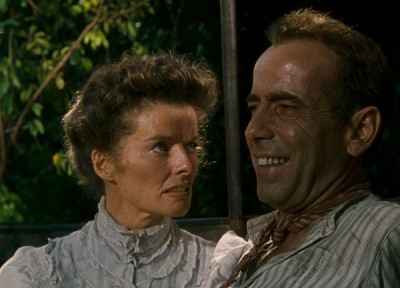 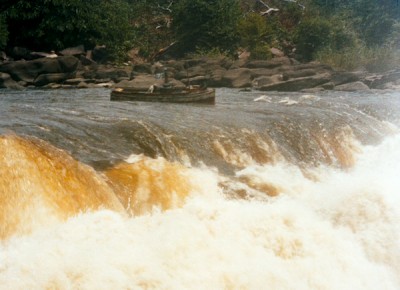 This last selection is the box's only entry in color, and it features the gorgeous camerawork of Technicolor genius Jack Cardiff (Black Narcissus, The Red Shoes). The African Queen is an adventure-romance, shot mostly on location in Africa -- with some very obvious studio work sprinkled throughout. This time, Bogart is rough-hewn Canadian boat captain Charlie Allnut. Katharine Hepburn is Rose Sayer, a British missionary doing God's work with her brother Samuel (Robert Morley) in German East Africa, at the start of World War I. When German troops destroy the Sayers' church, kidnap their congregation, and fatally wound Samuel, Mr. Allnut offers Rose a boat ride out of there.

Rose, being the kind of heroine we expect from Hepburn, is not just a prim and proper Christian lady: she's a sparkplug who gets fired up by narrowly escaping danger. She immediately comes up with a plan for Mr. Allnut and herself to fashion homemade torpedoes and ram the German gunboat Louisa. Of course, to get to the Louisa, they have to navigate treacherous rapids, dodge German soldiers, and avoid getting eaten alive by mosquitoes -- or whatever else is out there. Allnut naturally tries to persuade, cajole, and talk her out of this quixotic mission, but her will is consistently stronger than his.

Rosie and Charlie bicker and fight, before realizing they love each other. While that trope was already pretty worn out in 1951, the screenplay by James Agee and director John Huston, based on C.S. Forester's novel, tracks their relationship believably and charmingly. Bogart (who won his only Oscar for this role) and Hepburn have tremendous chemistry, which is essential, considering that the film is largely a two-hander. Director Huston doesn't skimp on the action either, although his reliance on distinctly dated green-screen-style matte shots drew me out of the story the first time I watched this film years ago. Watching it now, it's more fascinating to me to watch the consistency of Bogart and Hepburn's performances, as they shift from real locales to the studio.

Like all of the films in this set, it's hard to put a finger on exactly why The African Queen feels so magical. It's hard to deny, though, that all four films benefit from indelible performances and pretty much flawless storytelling.

For a rundown of the tech specs and bonus material of The African Queen, check out DVD Talk's review of the original Blu-ray release.

Final Thoughts:
As I mentioned above, this collection offers nothing that hasn't already been released. The discs are also packaged in a way that some consumers might find undesirable. However, for someone who has never previously owned any of these Bogart films on Blu-ray before, this box set is a jackpot. The quality of the films, the A/V specs, and the extras are top-notch across the board. For that reason, I can't help but designate this as a DVD Talk Collector Series title. 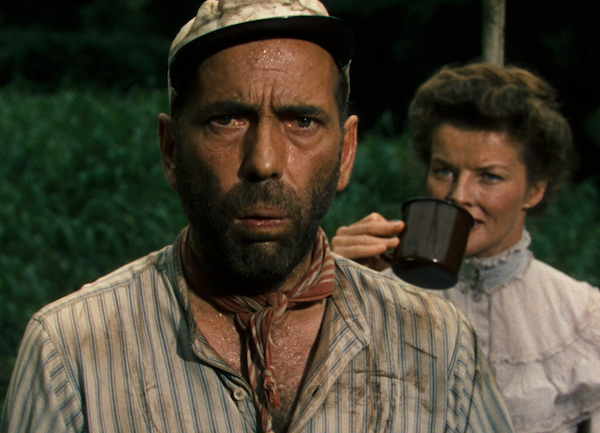