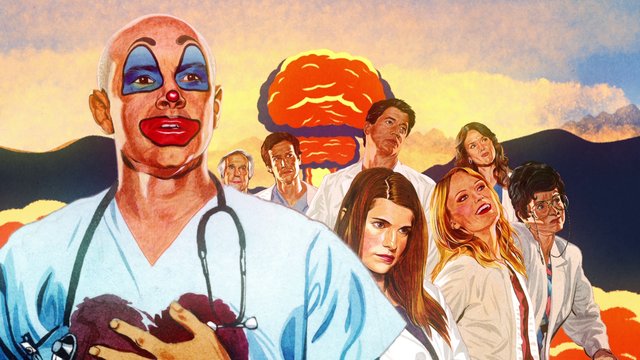 Randomness seems to be the only rule in the fifth season of Adult Swim's Emmy-winning cult hit Childrens Hospital. What began as a parody of overwrought doctor soaps like Grey's Anatomy has mutated into pretty much whatever the producers and writing staff want it to be from episode to episode. With a cast, writers room, and directors pool that includes members of The State and Human Giant, the show tends to be sketchy, self-conscious, and absurdist. At its best, it suggests a faster-paced reworking of the Zucker-Abrahams-Zucker spoof formula; the show even tips it hat to Airplane! in the episode "Triangles," by having guest star Nick Offerman reply to the exclamation "Surely you can't be serious!" with "I am serious... and don't ever question my seriousness."

If you are new to Childrens Hospital, I recommend checking out my DVD Talk colleagues' reviews of the first & second, third, and fourth seasons for a rundown of the cast and the general development of the series. However, despite its mock-soap opera format, the show is intentionally wishy-washy about its continuity (in one episode this season, a female character is revealed to be a man in drag, then a few episodes later she gives birth to a human baby), so it can really be picked up at any point.

I personally have only ever caught Childrens Hospital in bits and pieces on TV or streaming from Netflix, so I was unfamiliar with the shocking finale of last season, where Rob Corddry's character, clown doctor Blake Downs, was killed. Not only that, but the soap opera actor Cutter Spindell who plays Blake in the meta-reality of the show is also dead. The new season immediately solves this problem by having the hospital activate one of the many clones of Blake they have waiting in the basement. (The "Rory Spindell" who is credited as playing the new Blake in the end credits is presumably a twin brother, or also a clone.) 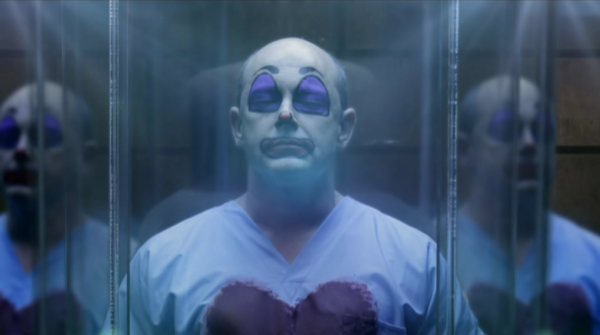 With that smallest bit of story logic neatly explained away, the show is free to go about business as usual. This season, the Childrens gang moves out of their normal Brazilian hospital digs to provide child medical care on a U.S. Army base in Osaka, Japan (allowing for riffs on Altman's MASH). Exploiting the (reportedly) Japanese setting, storylines include sumo wrestling, some yakuza, and, of course, a trip off the base so the gang goes out for sushi*. It also provides the backdrop for the season's ridiculously overblown finale, in which America attacks its own army base, convinced that the base has been overrun by terrorists after Ken Marino's character, Jewish doctor Glenn Richie, shoots off a rocket launcher out of boredom.

The show also finds time to riff on, amongst other things, Fantastic Voyage, the collected works of William Shakespeare, Werner Herzog's My Best Fiend, daytime doctor-based talk shows, Taken, and Ratatouille. Those last three are all mashed up in one single episode.

Even with this murderers' row of comedy talent, the scattershot approach to the show's jokes inevitably causes some episodes to play dramatically better or worse, depending on the taste and mood of the viewer. The overall impression this season leaves is an appealingly hilarious one, though. Even when I found an episode light on laughs, or I got annoyed with an over-extended dumb premise, I still appreciated what the show was going for and was able to stick it out for the full eleven minutes before the next episode came up.

I expect you to do the same.

*Note: We never actually see any character eat sushi during the course of this episode. 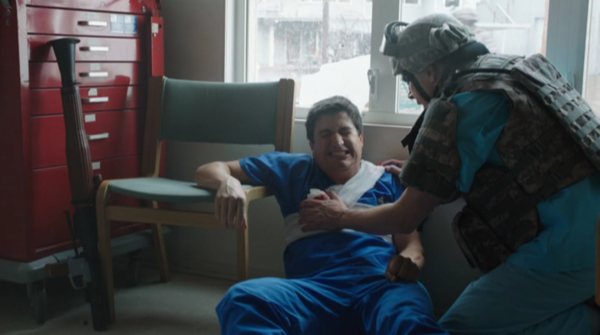 The DVD
This fifth season of Childrens Hospital comes to us through Warners' Archive Collection, on a single manufactured-on-demand DVD+R.

The Video & Audio:
The show looks and sounds decent, with a colorful 1.77:1 widescreen video presentation and a clean Dolby 2.0 stereo audio mix. The picture sometimes suffers from compression artifacts during a few busy tracking shots, and it appears a bit soft overall, but the look never gets in the way of the comedy and is certainly superior to a typical SD streaming video presentation. The audio seems to have no major issues and is intelligible and hilarious at all times.

Special Features:
None for me, thanks.

Final Thoughts:
If you're a fan of off-the-wall, absurd spoofery and you haven't started watching Childrens Hospital, maybe you need to see a doctor. (!) Recommended. 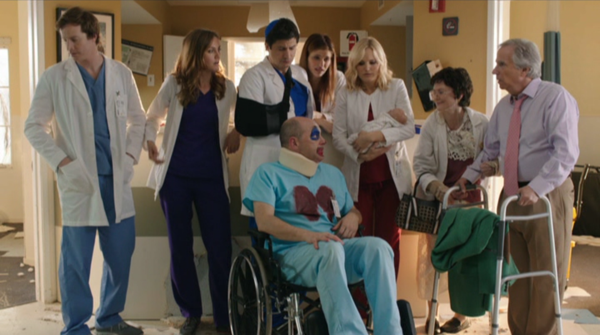