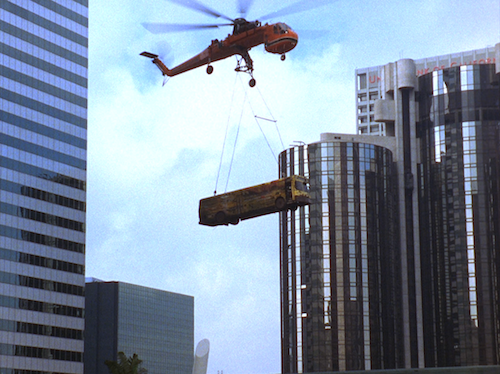 Ninety-five percent of Thom Andersen's three-hour documentary Los Angeles Plays Itself consists of clips from various films, ranging from blockbusters to oddball obscurities, that are edited together with narration to explore the evolving relationship between the American movie business and its well-known hometown. The Toronto Film Festival saw fit to premiere Los Angeles Plays Itself in 2003, but the film failed to secure a distributor. Maybe the fear of being sued for using all those film clips, or maybe the prospect of having to figure out how to market an illustrated three-hour lecture, scared them away. Nonetheless, the movie made a few stops at big-city arthouses (I saw it in New York in 2004) before being filed away in university video libraries and being relegated to the grey market of online video trading and streaming.

Maybe Andersen was just a little ahead of his time, because as Rodney Ascher's Room 237 proved, a present-day audience will watch a movie that consists almost entirely of movie clips and someone talking over them, as long what you've got to say is interesting. Andersen is not a crackpot, like the narrators of Room 237 arguably are, but Andersen's text (read by Encke King) is engaging, cogent, and, most importantly, highly opinionated. Sometimes, it's downright bitchy.

Andersen managed to get the support to remaster, slightly re-edit, and properly release Los Angeles Plays Itself in time for its tenth anniversary in 2013. Viewed again after all these years, Andersen's documentary not only holds up, but it feels more powerful and entertaining and wonderful. To be frank, it's a masterpiece. If you have any interest in movies and you have not seen this film yet, you need to get caught up on it. Now.

The documentary is divided into three roughly hour-long sections (there's also a quite helpful intermission around the halfway point). The first section, "The City As Background," looks into the movie business's love/hate relationship with the city of Los Angeles and the way it tends to think of the city as a sprawling soundstage that can be transformed into any place they want it to be. Andersen shows us diners and hotels and facades that have become landmarks because of their owners' willingness to have them used as frequent movie locations. He highlights a few particular landmarks, like the century-old Bradbury building, which has been reimagined as different locations for decades, in films as seemingly random as Indestructible Man, the 1969 James Garner vehicle Marlowe and Ridley Scott's Blade Runner. (I personally noticed it popped up again recently in the forgettable ensemble dramedy Peep World.)

The second section, "The City As Character," offers a kind of antidote to the civic identity crisis underlined by the first section. Here, Andersen talks about how different filmmakers acknowledge and incorporate the city into their films. He's a big fan of Double Indemnity and the forgotten 1972 thriller The Outside Man -- both made by foreign-born directors -- for their ability to convey the character of the city. Meanwhile, he disses the Sylvester Stallone cop movie Cobra and Michael Mann's Heat for being silly and tone-deaf in regard to local geography. A fascinating passage consists of Andersen's lament that Hollywood movies consistently feature critically acclaimed, innovative architecture as the homes of crime kingpins and other wealthy lowlifes. Andersen even collects enough clips to claim that John Lautner is the architect most preferred by movie dirtbags, which he punctuates with a clip of Mel Gibson using a pickup truck to pull down a cliffside Lautner house in Lethal Weapon 2.

Though there is a political undercurrent to much of Andersen's discussion, it becomes most pronounced during the final section, "The City As Subject." He suggests that Hollywood is only comfortable making films specifically about Los Angeles if they are period pieces that reinvent the city's history (Chinatown, L.A. Confidential) or speculative stories set in the future (Blade Runner, Escape From L.A.). While Hollywood seems unable to properly portray Los Angeles, Andersen argues that this is where independent neorealist films about minorities excel. Andersen presents clips from Kent MacKenzie's The Exiles and Charles Burnett's Killer of Sheep, among others, and praises their ability to express what life is actually like (at the time of filming) for large portions of the population in Los Angeles.

Los Angeles Plays Itself provides food for thought, as well as plenty of selections to be added to one's "To-Watch" and "To-Rewatch" lists. It's not just for film fans or people who are familiar with Los Angeles, but if you fit into at least one of those categories, then it is a must-see. 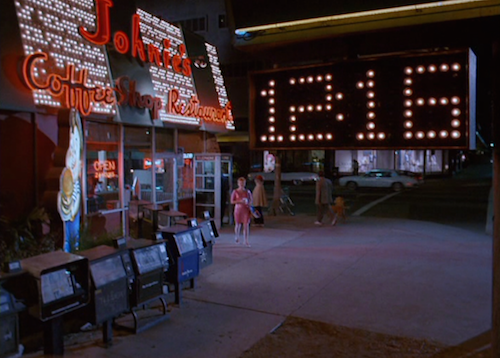 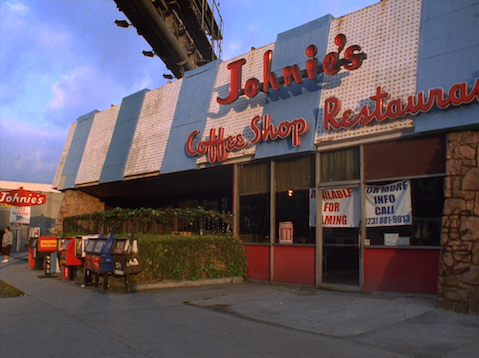 The Blu-ray
Los Angeles Plays Itself comes packaged with a medium-thick booklet that includes a few essays on the film, as well as director Thom Andersen's comments on this new version (he says that even though he made some slight re-edits, he did not specifically update the film for 2013 or try to fix the few factual errors he has since realized are included in the narration he wrote).

The Video:
When I saw Los Angeles Plays Itself in a theater in 2004, it was projected off of an analog Beta SP tape, so this new AVC-encoded 1080p 1.78:1 (multi-aspect ratio) presentation is, hands down, a visual improvement. That said, because of the rarity of some of the clips used, this is still a mish-mash of different quality sources ranging from VHS captures to Blu-ray rips. Some clips taken from a straight-to-video erotic thriller look as cruddy as they ever did, while the frequent pulls from Blade Runner are gorgeous. Some clips throughout the documentary seem to have frame-rate issues which give the action a distracting stutter, but overall this is not a drastic problem.

The Audio:
Like the video, the DTS-HD MA 2.0 audio mix fluctuates in quality depending on the source of the highlighted clip. Encke King's narration is always appropriately present and comprehensible. Not a showy audio mix, by design, but it sounds good. No subtitles.

(HD upconverted from SD sources, 14:03) - A strange recent short film by Thom Andersen that is basically a context-free compilation of scenes featuring working actor Tony Longo in three different films. (Two of these films appear in Los Angeles Plays Itself, which maybe explains where Andersen got the idea.) The first is a cheeseball action movie called The Takeover, in which Longo plays an inept bouncer. The second is David Lynch's Mulholland Drive, in which Longo appears as a henchman who punches Billy Ray Cyrus in the face. The third is a Rob Lowe-James Belushi thriller called Living In Peril, in which Longo plays a truck driver who gets road rage over Rob Lowe's inept driving and ends up murdered by James Belushi (I would have said "Spoiler Alert," but do you really care?).

Final Thoughts:
Los Angeles Plays Itself is an unassuming masterpiece. One of the best films ever made. DVD Talk Collector Series. 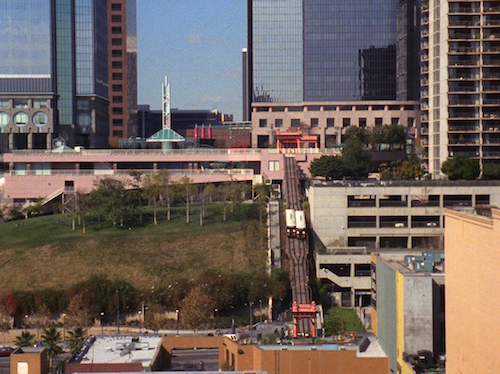