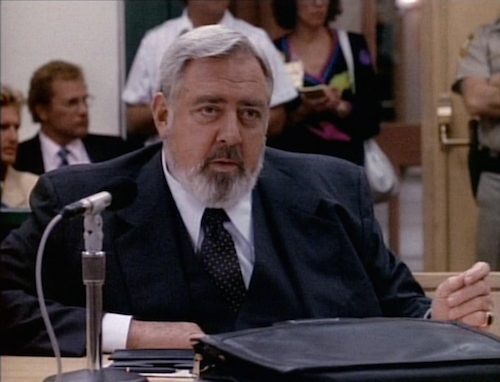 Starting in 1985, Raymond Burr reprised his beloved role as the ever-wise defense attorney Perry Mason for a series of 26 made-for-TV movies (the run actually totals 30, if you count the four "Perry Mason Mysteries" headlined by Paul Sorvino then Hal Holbrook after Burr's death in 1993). Paramount spent most of 2014 putting out these movies in batches of six, which were then split into budget-priced double features. Although the fifth box set, containing Burr's swan song as Perry Mason, plus the Sorvino and Holbrook movies, does not yet have a firm release date, the first, second, third, and fourth movie collections have been reviewed by DVD Talk. (So have the first two double feature releases.)

The double feature we are discussing today was originally included in the third movie collection, and both films originally aired in 1990.

First up is The Case of the Silenced Singer (

), an installment about a murdered musical diva. The story oddly anticipates aspects of the Whitney Houston vehicle The Bodyguard while also seemingly swiping some basic situations from the Broadway show Dreamgirls (which, of course, was made into a movie musical in 2006). Music superstar Terri Knight (Vanessa Williams, singer of the 1991 pop hit "Save the Best for Last") is publicly seen fighting with her husband/manager Jack Barnett (WKRP In Cincinnati's Tim Reid) hours before she's supposed to perform the first big concert of her new tour. She never makes it to that show, because someone sneaks into her apartment and shoots her dead before showtime. The murderer then calls the cops when Jack comes home, in order to frame him. Fortunately, Jack is friends with Perry Mason, the world's best legal defender.

Perry, of course, brings his typical team with him. Barbara Hale, as ever-faithful secretary Della Street, doesn't get much to do this time around, but it's nice to see her nonetheless. Ken Malansky (William R. Moses) meanwhile does all the thankless investigation work. Ken gets on the trail of the real murderer, Harry Corcoran (Alan Stock), after interviewing an elderly woman (the wonderful Alice Ghostley) who saw him leave the scene on the crime. That leads Ken to a bar where he meets a would-be singer (Pretty Little Liars' Nia Peeples) that might be hiding Harry.

In their search to find out who else besides Jack might have had a motive to hire Harry Corocoran to shoot Terri, Perry's team finds out that pretty much everyone did. Terri used to be a part of a vocal group called the Dreams, before a record company guy told her she should sing lead, sending her ego steadily out of control (see, I told you it was Dreamgirls). Potential suspects include a scorned record exec (L.A. Law's Alan Rachins), a bitter ex-husband (Kene Holliday), an obsessed personal assistant (Marilyn Jones), and a competitive back-up singer (an overacting Angela Bassett).

The Silenced Singer is an OK outing hindered mostly by an unnecessary surplus of subplots and excessively hammy acting -- even by low-budget TV movie standards. 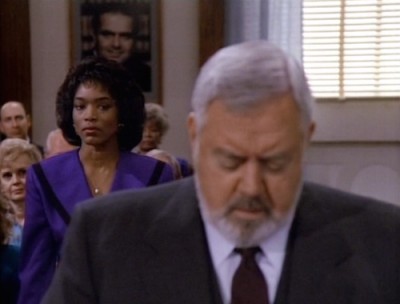 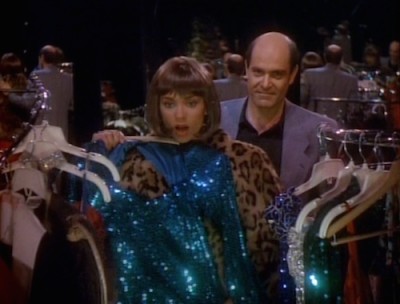 The second feature, The Case of the Defiant Daughter (

), has a premise that is incredibly similar to The Silenced Singer. Public relations consultant and noted blackmailer Richard Stuart (I Spy's Robert Culp) is found shot dead in his Las Vegas hotel room mere hours after a distraught man named David Benson (John Posey) threatened Stuart's life with a gun, in front of four witnesses. (Benson's brother had just committed suicide because of Stuart's blackmail.) The cops naturally arrest Benson for the murder. After Benson's young teenage daughter Melanie (Jenny Lewis) asks a vacationing Perry Mason to take the case, Perry and his team must figure out which of those other four men in the room -- all of whom were also getting blackmailed -- decided to act on their hatred of Stuart and then framed Benson.

This movie is a much more enjoyable iteration of this kind of story. In addition to being far less convoluted, the acting and character interplay in this go-round are greatly improved over the last installment. Jenny Lewis (currently known as a singer-songwriter, but then working as a child actor in movies like Troop Beverly Hills and The Wizard) has a tremendously fun chemistry with Raymond Burr, playing off his grumpy grandpa act with energy and a bit of sass. Barbara Hale also gets some nice character moments in this story too. Plus, the four suspects are all played by some wonderful character actors who hold their own against Burr: Justified's Jere Burns, The Man From U.N.C.L.E.'s Robert Vaughn, Dallas's Ken Kercheval, and Road House's Kevin Tighe. Harry Lennix from the Matrix movies and Jack O'Halloran from the Superman movies also appear.

Here's a neat bit of trivia: Defiant Daughter's director, Christian I. Nyby II, is the son (unsurprisingly) of Christian Nyby, who -- in addition to editing some famous films for Howard Hawks -- directed 13 episodes of the original Perry Mason series in the '50s and '60s. Like father, like son. 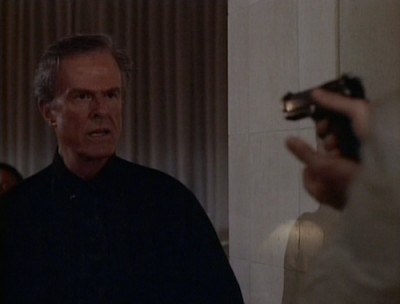 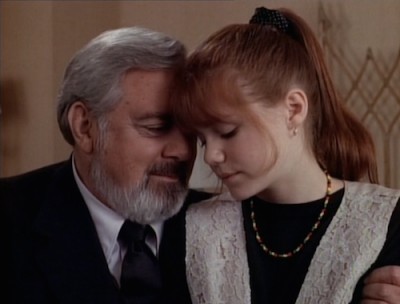 The Video:
Both movies are presented as standard 1.33:1. As with most of these Perry Mason '80s and '90s productions, the image quality is pretty smeary. Though the shows were shot on film, they were finished on tape, obliterating fine detail. On the plus side, colors are pretty strong overall.

The Audio:
Both movies were mixed in Dolby 2.0 stereo. In general, the stereo ambience is surprisingly fleshed out and the dialogue is always clear and audible. Unfortunately, due to their age, the tracks have persistent surface noise; this is more noticeabe throughout Silenced Singer. There is one subtitle option: English SDH.

Special Features:
Nothing further, your honor.

Final Thoughts:
A solid pair of courtroom dramas, headlined by the reliable Raymond Burr. The second film in this double-header has the distinct edge in terms of acting and character development, but they are both perfectly entertaining and dotted with noteworthy appearances by familiar faces. If you don't have the time or patience to dig into one of the Perry Mason movie box sets (or all five of them), this double feature will suffice. Recommended. 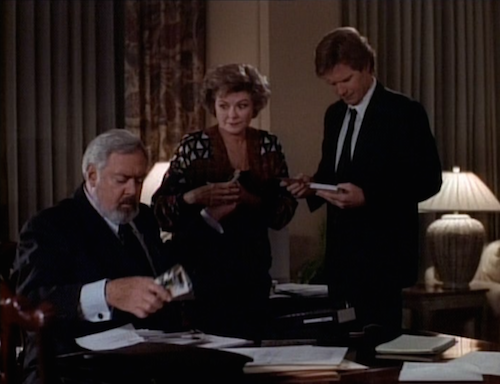