Who Is Harry Kellerman and Why Is He Saying Those Terrible Things About Me? 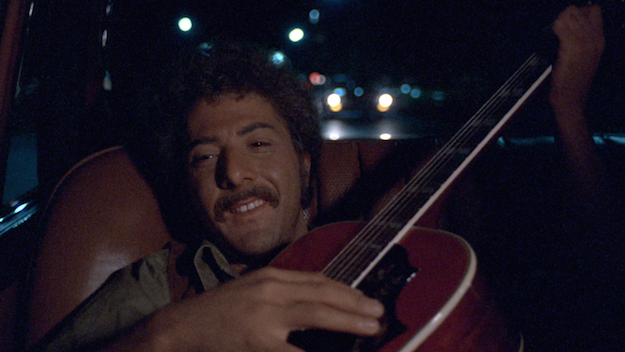 Certainly, it can be done. There is a way to successfully tell the story that screenwriter Herb Gardner (A Thousand Clowns) and director Ulu Grosbard (Straight Time) are trying to tell in their 1971 film, Who is Harry Kellerman and Why Is He Saying Those Terrible Things About Me?. For example, Alain Resnais's Je t'aime je t'aime did a superb job of exploring the non-linear thoughts of a suicidal bachelor, while Dennis Potter's The Singing Detective masterfully wove its misanthropic main character's traumatic, formative memories together with his seemingly crazy flights of mental fancy*. Unfortunately, Gardner and Grosbard aren't able to make their film's discrete vignettes coalesce into something nearly as coherent and powerful as those two superior examples. That's not to say their film does not have significant high points -- it sure does -- but it also has astonishingly dreary lows to go with them.

It's lonely at the top, literally, for hot-shot songwriter Georgie Soloway (Dustin Hoffman). The film introduces Georgie in his penthouse apartment, looking out over Manhattan, writing his suicide note. Being a writer, of course, he starts to jump but then decides the note needs some rewrites. Moments later, it turns out that Georgie is only fantasizing about taking the big plunge, but he has been getting so little sleep these days that his dreams have started to bleed into his waking life. He can't even sit with his shrink (Jack Warden, with a thick Germanic accent) for a whole session without imagining the guy turning into a wiseacre cabbie or breaking into song (proto-Dennis Potter-style). And if that wasn't enough, there's this strange guy, claiming to be a friend named Harry Kellerman, who keeps calling up all Georgie's girlfriends and spreading nasty rumors about him.

One has to assume that Herb Gardner is using Who is Harry Kellerman... as a means to work out his own uneasiness with the newfound acclaim that came with the success of his play and movie, A Thousand Clowns. And presumably to keep the thing from getting too solipsistic, he makes the main guy a songwriter instead of a playwright. This seems like the first major mistake, as Gardner spends too much time offering a pretty generic take on the music business.

We see Georgie's face plastered on magazine covers, calling him the voice of a generation; this, combined with Georgie's short curly jewfro, mustache, and taste for wardrobe that might best be described as "peasant cowboy," brings to mind no one other than New Morning-era Bob Dylan. But Gardner refuses to pull the trigger and make Georgie a Dylan stand-in, which would give the audience a potential way in to the character. Instead, Gardner stresses Georgie's heavy workload by making him a vaguely defined behind-the-scenes mogul, who writes dozens of hit songs, runs a publishing company on the lower floor of his apartment, and is in the middle of mounting some sort of Broadway musical, even though he doesn't seem particularly driven. That lack of perceivable drive, combined with the character's cartoonishly awesome success, plus his clear inability to enjoy said success all that much, makes him near-lethally unsympathetic.

Even so, the film is not a total misfire. For all of their misguided instincts, Herb Gardner can still write great scenes and Ulu Grosbard surely can direct them. Dustin Hoffman is firmly in his early '70s acting prime, and the supporting cast -- including Rose Gregorio as Georgie's ex-wife, Dom DeLuise as his beleaguered accountant, former Bowery Boy Gabriel Dell as a skirt-chasing collaborator, and theater pro David Burns as Georgie's old-fashioned father -- are no slouches either.

The film's best scenes are character-focused moments where Georgie actually relates to other people. A sequence detailing a doomed young love affair with Below the Belt's Regina Baff is a charming, heart-breaking, Paul Mazursky-ish short film in its own right. A Thousand Clowns' Barbara Harris was rightly singled out for an Oscar nomination as a thirtysomething never-was who auditions for Georgie's musical and offers a way for our man to connect with someone and dig himself out of this self-annihilating funk. As with all the excellent actresses in the film, her screen time is far too brief.

Who is Harry Kellerman and Why Is He Saying Those Terrible Things About Me? has a pretty dire critical reputation (Roger Ebert's review is one of the rare positive write-ups and he uses up most of his word-count taking the film to task for using suicide as a plot device). It's not hard to see why. Even with its many entertaining and touching scenes, it's not an easy film to sit with for two hours. And it's doubtful the film becomes less prickly and closed-off with additional viewings. That said, if you like a challenge, and you like Dustin Hoffman, I think Who Is Harry Kellerman... deserves a look.

*I wrote this comment about The Singing Detective before I realized that DVD Talk's own Stuart Galbraith IV drew a parallel to the mini-series as well in his DVD review of this film a few years ago. Clearly, it's an apt comparison. 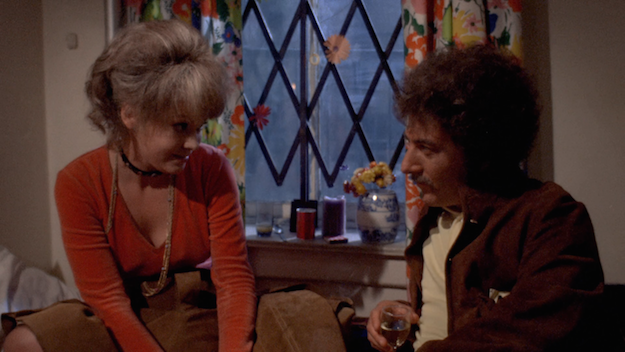 The Video:
For a not particularly beautiful flick, this AVC-encoded 1080p 1.78:1 presentation is satisfyingly clean and stable. Colors are sedate but saturated, and there are no noticeable compression issues. Bitrate hovers in the mid-to-high 20s.

The Audio:
The DTS-HD MA 2.0 mono audio, like the video, is clean and damage-free, but not jaw-dropping. Dialogue is understandable. The handful of songs in the film, written by Shel Silverstein and sometimes performed by Dr. Hook and the Medicine Show (who also appear in a brief concert scene), are presented with significant volume and power. No subtitles.

Final Thoughts:
This is really a release for the irrepressibly curious and for Dustin Hoffman completists. Hoffman invests totally in his characterization of a neurotic artist who has reached the height of his influence -- and the end of his rope. The film has many great scenes -- including the widely praised and Oscar-nominated appearance by Barbara Harris -- but it counterpoints those scenes with a lot of boring musings on ennui that make the whole much more tedious than its best parts. Rent It. 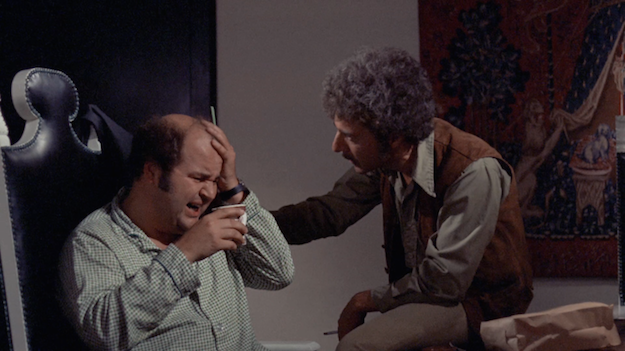