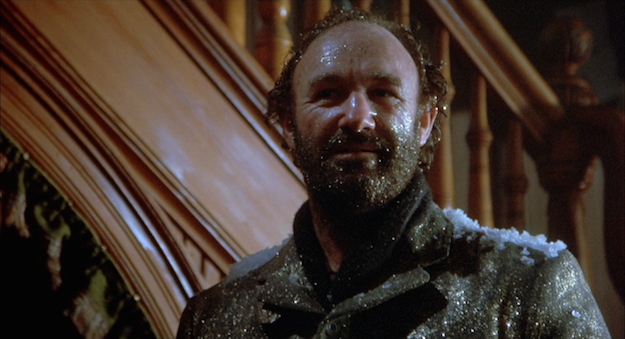 In some ways, the story of the 1983 film Eureka is quite straightforward. It fictionalizes episodes from the life of Harry Oakes, an eccentric millionaire who struck it rich during the Klondike Gold Rush and then moved to the Caribbean in the 1930s. With this trajectory, the movie inevitably deals with greed (not only for money but also for love) and its final act centers on a tabloid-worthy murder trial. But Eureka is far from straightforward, which is partly why -- despite a stacked cast of stars and notables -- you probably haven't heard of it. Much like the previous collaboration between director Nicolas Roeg and screenwriter Paul Mayersberg, The Man Who Fell to Earth, Eureka is driven by mood, meaning, and metaphysics rather than strict linear plotting. Gene Hackman stars as the reimagined Oakes, here called Jack McCann; he remains a magnetic focal point throughout, even as the film bleakly ponders how Jack is doomed to live an unsatisfying life.

The film can be divided into three main parts which play like three separate short stories. Your mileage may vary but, to this reviewer, the There Will Be Blood-like opening section and the implausibly overwrought courtroom conclusion are stronger, more focused, and more entertaining than the longer, existentially adrift middle.

The film opens with Jack McCann in the Great White North in the '20s. "I never earned a nickel from another man's sweat," McCann insists as he abandons two would-be partners in the forbidding tundra. The phrase becomes McCann's oft-repeated mantra, meant to reflect his ideals while also shaming those who would take something from him. After succumbing to his tiredness and passing out under a tree, Jack's fate is sealed. Hungry wolves circle his recumbent body -- symbolism alert!! -- and a mysterious rock falls from the sky, creating a ball of fire. When Jack later shows the rock to Frieda (Helena Kallianiotes), a clairvoyant former lover who now runs a Klondike cathouse, she tells him that the rock "chose" him. In other words, unlike many men who assume they are special, Jack McCann has been given proof from the universe that this is so.

Unfortunately for Jack, this rock is not just a good luck charm: it also represents the life he leaves behind once he makes that big strike. Frieda laments that she and Jack had their own "crock of gold" ("his cock and my crack"), but that wasn't enough to satisfy Jack. As Jack gets closer and closer to uncovering the mother lode in a remote cave, director Roeg interpolates shots of Frieda at home, succumbing to sickness. Each strike of Jack's pickaxe seems to puncture Frieda's very being. Maybe it's a little corny that this symbol of Jack's old life literally has to die when he starts his new life as a rich man, but arguably Mayersberg and Roeg pull it off, if only because they are fully invested in the message behind the metaphor.

With a cleverly designed match-cut, the film jumps ahead roughly twenty years. Jack is now one of the richest men on the planet, living on his own Caribbean island. He is married to a depressed alcoholic, Helen (Jane Lapotaire), and together they have an adult daughter, Tracy (Theresa Russell). Although the film never takes a moment to explicitly comment upon it, both Helen and Tracy have Frieda's coal black hair and pale skin, and, like Frieda, they basically represent what Jack can no longer have. Jack dotes on Tracy, but she has chosen to focus her love and affection on her French (and Dutch?) playboy husband Claude Maillot Van Horn (Rutger Hauer). Jack obviously hates Claude. 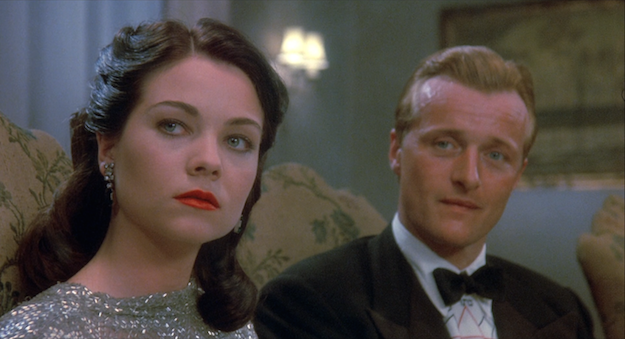 The struggle to regain his daughter is not the only conflict in Jack's life though. His business associate, Charles Perkins (Ed Lauter), is trying to broker a deal to sell a portion of Jack's island to a Jewish gangster named Mayakofsky (played by the famously Italian-American Joe Pesci). Jack sees no value to getting in bed with Mayakofsky (read: Meyer Lansky), so the gangster sends his Italian right-hand man Aurelio D'Amato (played by the famously Irish-American Mickey Rourke) to do a little convincing.

It becomes obvious pretty quickly that Jack's stubbornness is thrusting him toward tragedy, possibly at the hands of his son-in-law, possibly at the hands of the gangsters. This, however, is where the film starts spinning its wheels a little bit, as Roeg isn't interested in turning the screws on Jack and his nemeses. Instead, he gets distracted with tangents like Claude and Tracy's fetishistic love-making rituals (which -- hey -- they're both beautiful people to look at, I'm not complaining too loudly). A sensationalistic voodoo orgy sequence is one of the most visually striking setpieces in the film, but its relation to the plot is tenuous at best.

Finally, we get to the end of our second story, and all that imagery concerning magic rocks, wolves, and fire culminates in an excruciatingly graphic murder. (It's actually the second of two unflinchingly graphic acts of violence in the film. I was so shocked that I had to double-check the Blu-ray case, and was frankly surprised the film managed to secure an R rating.) It's a bravura piece of filmmaking, but it's definitely not for the faint of heart.

The concluding section of the film plays like straight-ahead melodrama, but with a subtly heightened atmosphere that gives it a light air of surrealism. As in so many courtroom dramas, the defendant in this film's murder trial decides to become his own legal representation. And while we might expect this sort of move to backfire on a story level, Mayersberg and Roeg use this trope as an opportunity to let their characters be forthright and admit things to each other that they typically wouldn't. Theresa Russell is given a stage-y monologue to deliver from the witness stand, but she maneuvers through it admirably.

Even though the middle hour of Eureka is only fitfully as interesting as the dramatically experimental sections that bookend it, the film as a whole is satisfying. Fans of Nicolas Roeg's idiosyncratic style and this stellar ensemble cast (which also includes Joe Spinell, of Rocky and Maniac, in a small role) will certainly be drawn to this unique film. 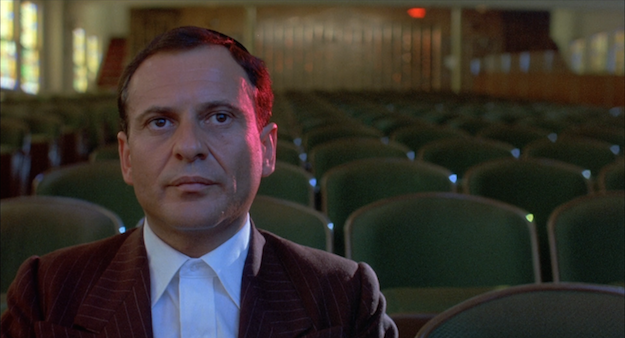 The Blu-ray
Eureka comes to Blu-ray in a limited edition of 3000 copies. The packaging includes a color booklet and a liner-note essay by Twilight Time's Julie Kirgo.

The Video:
This AVC-encoded 1080p 1.85:1 presentation is solid if slightly underwhelming. Other sources online theorize that this might be taken from an old-ish master that was seemingly also sourced for the Region-B Masters of Cinema release of Eureka a few months ago. (This would make sense as the MoC bonus features are also handily carried over to this disc too -- see below.) Color is pretty consistently saturated, but the image clarity waffles throughout. A few instances of dirt and speckles, but mostly the film image is clean and stable. There are a few minor instances of digital noise, but nothing too distracting.

The Audio:
The DTS-HD MA mono audio is similarly solid, but not particularly noteworthy. No major distortions or damage. Everything is understandable, although certain dialogue scenes come across sounding shallow and dated. The musical score by Stanley Myers is suitably lush. The disc offers one subtitle option: English SDH.

- Offered as an alternate audio option with the main film, this quite long interview (100 minutes) covers the majority of Roeg's career, including his camera work for David Lean, Roger Corman, and François Truffaut before he became a director. There's little actual discussion of Eureka, but this conversation is worthwhile nonetheless.

Final Thoughts:
Reading up on Eureka online, there are some Nicolas Roeg fans who consider this film his neglected masterpiece. Others consider it muddled, indulgent, and rightly forgotten. My reaction lands somewhere in the middle. It's worth noting, however, that an uneven, flawed Nicolas Roeg movie is going to be more interesting to watch than many filmmakers' best work. Recommended. 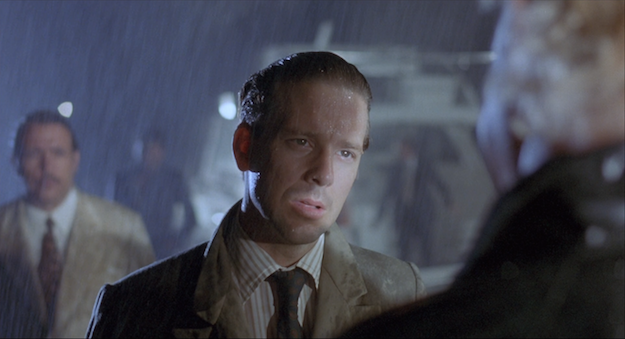