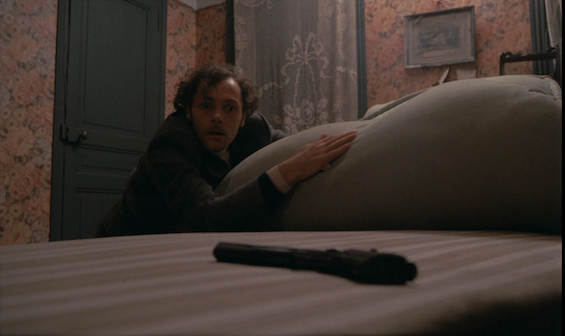 Years and years ago (maybe in the mid-'00s?), I had a co-worker tell me I should put down the Elmore Leonard book I was reading and pick up Jim Thompson instead. I plowed through a half-dozen books in a matter of weeks. I was hooked.

Naturally, I also checked out the famous film adaptations of Thompson's hard-boiled work: The Getaway, The Grifters, Coup de Torchon (based on Pop. 1280). They were all pretty great without entirely nailing the gritty, horrifying, darkly funny flavor of Thompson's books. (Let's not get into the heartbreaking film The Killer Inside Me, where a director I actually like royally screwed up my favorite Thompson book.)

Then, roughly ten years ago, I saw a listing for some screenings in tribute to the late French director Alain Corneau. They were in conjunction with the release of his then-new swan song, Love Crime. One of the other flicks showing was a 1979 adaptation of Jim Thompson's A Hell of a Woman, titled Série Noire (essentially the French phrase for "pulp fiction"). There was little pomp or circumstance surrounding that afternoon screening, but I knew I had to check it out as a Thompson fan.

In short, I loved it. I had found what I had unknowingly been looking for: the perfect Jim Thompson film. And besides foreign copies without English subtitles, there has been no way for me to re-watch it in the years since. Now, after what has been a stupidly long wait, Série Noire makes its debut on American home video.

I'd be lying if I said I wasn't concerned that it held up. After all, waiting a decade to re-watch something puts an undue built-up pressure on it. Well, Série Noire is so potent, so bleak, so painfully funny that it effortlessly snapped me back to those weeks of intensive literary discovery years ago. Oh yeah, this is the good stuff.

By which, of course, I mean the bad stuff. Like most of Thompson's work, Série Noire exists in a bleak world populated by losers, all driven by self-interest. Our anti-hero, Franck (Patrick Dewaere), is a door-to-door salesman, who pilots his shitty car through uninspiring French suburbs, trying to scrape together enough for him and his wife, Jeanne (Myriam Boyer), to live in a similarly uninspiring shithole apartment. As played by Dewaere, Franck is a mercurial live-wire, who can swing from self-conscious buffoonery to unfettered animalistic violence at the speed of thought. Franck is generally pathetic, and definitely not as smart as he thinks he is, and this typically makes him laughable. But Dewaere's performance never loses sight of the anger and hate within Franck, which sometimes causes those laughs to catch in one's throat. Suddenly, we're horrified by the sociopathic blackness at the center of this often-goofy character. 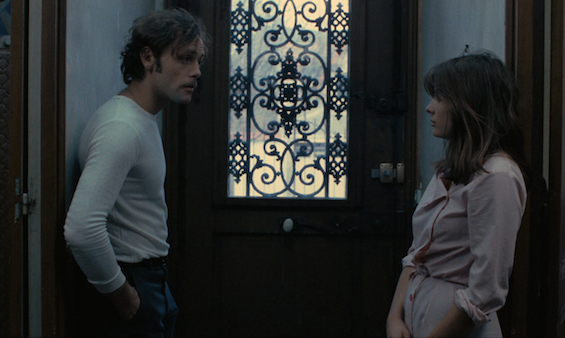 The film starts with Franck on the trail of a Greek boxer (The Fugitive's Andreas Katsulas) who owes him money. Franck goes to the house where the boxer was doing handyman work, but the cranky old lady who lives there (Jeanne Herviale) says he's long gone. While they chat, the woman offers a trade: one of the nightgowns Franck is hawking in exchange for quality time with her pretty teenage niece, Mona (Marie Trintignant). He follows Mona to her room, where she unemotionally strips in one fell swoop. In a rare instance of concern (or maybe in fear of getting caught), he immediately puts her dress back over her shoulders and tries to figure out what the hell is going on with her.

In response to Dewaere's manic mood swings and constant talk, Trintignant's Mona is all wounded silence. She stares impassively -- inscrutably -- at Franck. She's more likely to reach over and kiss him, or run away in a huff, than to actually just say what she's feeling in words. It naturally frustrates Franck, but Mona's also an astonishingly beautiful girl, so he does his damnedest to hang on to her -- telling himself this is true love and not just lust.

When Mona reveals that her aunt has a bunch of squirrelled-away cash, Franck concocts a plan to steal the money and run off with Mona to "save" her. I trust you've seen enough films noirs to know that all does not go to plan. Even Franck is self-aware enough to act as his own Greek chorus as he drives around. Moments before he attempts to pitch the Greek boxer on helping him with the crime, he quietly cheers on his likely-doomed potential accomplice to just walk by and ignore him: "If you see me, you've had it." But like Adam in the Garden, everyone in this film is seemingly primed for corruption, even though it means their downfall.

The script by director Alain Corneau and avant-garde novelist Georges Perec pinpoints the delicate tragicomic balance that makes the best of Thompson's stories so extraordinary. This bleak hilarity is further served by astonishing performances, especially by Dewaere and Trintignant, but also by the other unwitting participants and pawns in the crime, like veteran actor Bernard Blier as Franck's skeptical boss. There's a scene between Dewaere and Blier late in the film that is deceptively simple and indescribably unsettling. Director Corneau and cinematographer Pierre-William Glenn intensify the story's horror by keeping the action and style essentially naturalistic. Série Noire is a great example of evilness appearing even more shocking, thanks to its own banality.

This flick is just astonishing. You gotta see it. 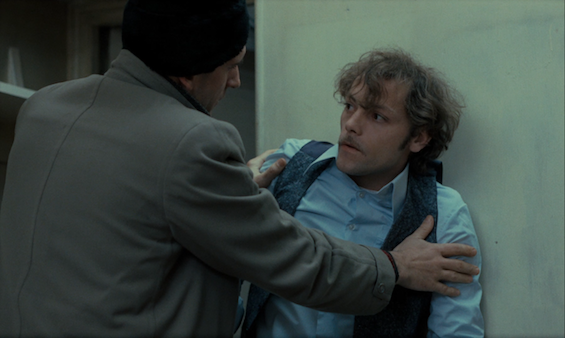 The Blu-ray
Série Noire comes packaged with a color booklet, including a new essay on the film by Nick Pinkerton.

The Video:
A new 4K restoration of the film screened in a few arthouses last fall, and this AVC-encoded 1080p 1.66:1 transfer clearly was sourced from that restoration. This is perfect. Depth and clarity off the charts. The film is intended to have a sort of drab and lifeless look, but even within that intention, there's strong color reproduction and lifelike skin tones. (In the interview included in the bonus features below, the old SD transfer skewed way more toward green [likely because this was shot on Fuji film and the green can be a common side-effect of that film stock]. This is far more balanced.)

The Audio:
No damage or flaws, apart from a bit of detectable surface noise (which honestly kind of serves the grungy flavor of the film). This French LPCM mono audio mix (with optional English subtitles) is nicely layered and lifelike. Director Corneau forgoes a traditional score, with only diegetic music played on radios and tape recorders woven into the soundscape as accompaniment (most often as ironic emotional counterpoint). Dialogue is clean and clear.

(HD, 52:31) - A 2013 doc looking back at the film. Sadly, many of the principals have passed away, but actor Myriam Boyer and filmmaker Nadine Trintignant (Marie's mother and Alain Corneau's partner/wife) provide a lot of personal reminiscences, along with cinematographer Pierre-William Glenn, producer Maurice Bernart, and others.

Final Thoughts:
Jim Thompson's dark and scary world is admittedly not for everyone. But if you enjoy a bit of tragicomic neo-noir storytelling, this is absolutely one of the finest examples. The new restoration is a knockout, and the supplements are solid. DVD Talk Collector Series. 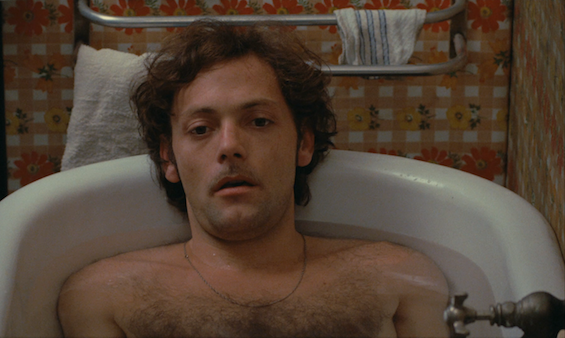