1981's Honky Tonk Freeway is truly a movie of its time, and uniquely American even though it was largely a British production. It apparently was also a huge bomb in theaters; I remember though wanting to see it on another screen at the mall theater where my mom had taken me to see a Disney double feature, my suggesting we see this movie instead being met with a resounding no. I didn't know anything about this movie at the time but how could you go wrong with that title? 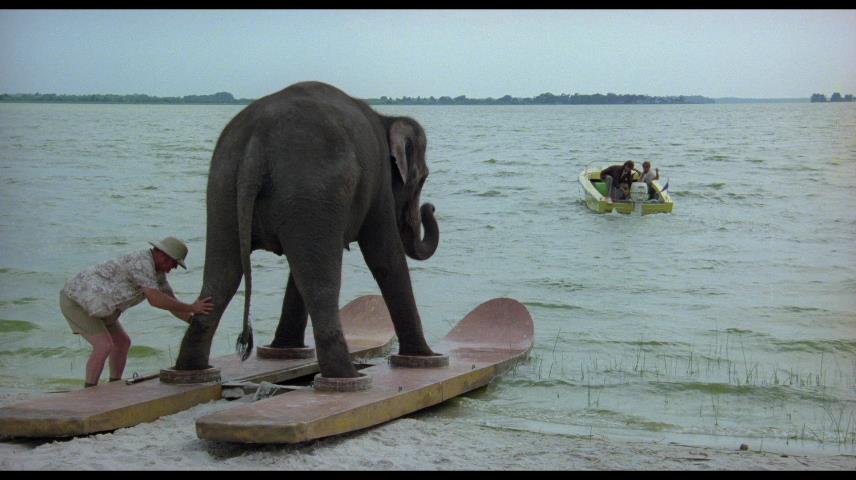 As the title suggests it's partly a road movie, but it's also several different intertwining stories a la Robert Altman's Nashville which are all headed in the same direction, the fictional town of Ticlaw Florida (Mount Dora in real life). Mayor and preacher Kirby Calo (William Devane) has big dreams for his small town to become a tourist destination, and when a new freeway is built he pays the builders a load of bribe money to ensure that they include an exit for Ticlaw. That money is promptly taken but the freeway passes by with no exit, forcing the town's government and citizens to find other ways to attract passing motorists- including painting their entire town pink, putting up billboards promising free gas and incredible attractions including a water-skiing elephant. This turns out to be just one of several stories that the narrative flips between though- several states and hundreds of miles away, we meet an assortment of odd characters who hit the road and are bound for Ticlaw whether they mean to be or not. These include a pair of bumbling bank robbers escaping New York City with their loot, two nuns (Deborah Rush and Geraldine Page), an elderly couple (real-life husband and wife Hume Cronyn and Jessica Tandy, whose character keeps having to deny that she has a drinking problem) and a family on vacation in their motorhome (with Howard Hesseman as the dad and Peter Billingsley as the son.) Beau Bridges up and leaves his family in Chicago while elsewhere Beverly D'Angelo is bringing her dead mother's ashes to their final resting place- they meet in a diner along the way and fall instantly in love with each other. For most of the film's running time you don't quite know what any of these people have to do with the central story, but you just have to go with it.

As we cut between the town's efforts to get the respect and prestige it wants and the antics of the various travelers, it's clear that British director John Schlesinger and producers wanted to depict typical Americans as crazy, and they succeed. I had to laugh at a scene with the RV family driving through Monument Valley with their two kids unimpressed with the scenery, watching portable TVs through the whole trip- granted I would have done the same thing then given the chance; on second viewing I also noted the parents enjoying the RV's comforts of home more than anything else. The freeway scenes give us fleeting glimpses of billboards of the era (fast food, tourist traps, and what have you) and bumper stickers that say "Honk if you're horny!" You've got a drug-addicted hitchhiker (Daniel Stern) making his way to the Super Bowl and eventually picked up by the elderly couple. There's a ton of brief and longer appearances by others who you might remember from obscure movies and TV of the 1980s, asking yourself "isn't that so-and-so?" Even Loretta Clemens, who might best be remembered as the old lady from the Fruit of the Loom underwear commercials, shows up here. I'm sure the higher-brow audiences of 1981 who stumbled onto this were a bit insulted, but today I have to ask what's not to like? 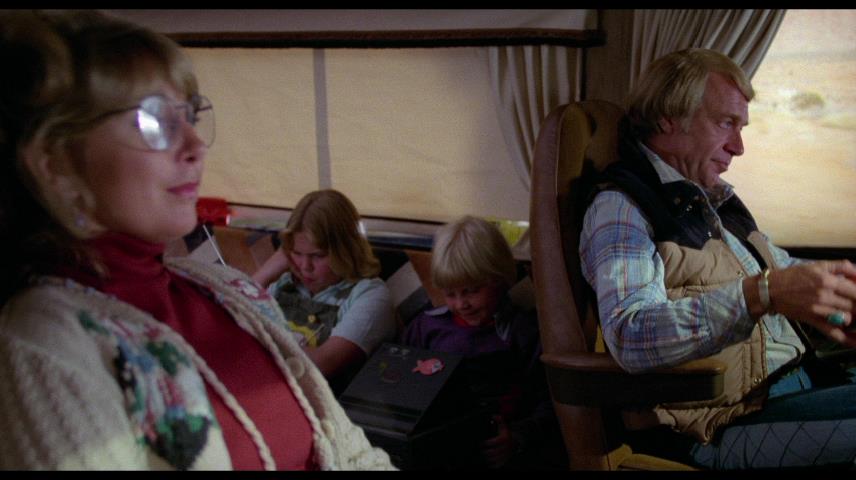 Kino delivers a transfer billed as a "4k restoration" in its proper 1.85 ratio, and as with most of their releases it looks just like it should- not worn out or faded but not overly sharpened or cleaned up either. They seem to be using dual-layer discs for most of their current releases, resulting in no compression artifacts. The mono audio is in 2-channel DTS Master Audio and sounds very clean, more so than optical film audio tracks of the time. Standard subtitles mainly showing the dialogue are included. 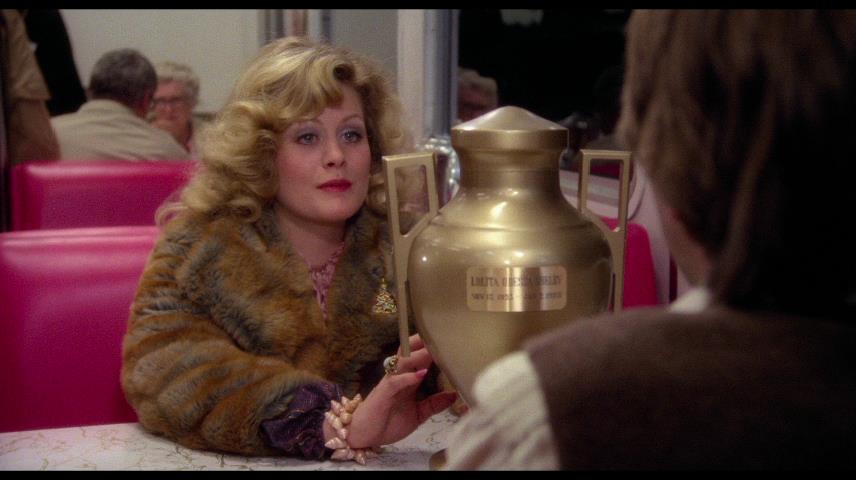 A commentary track is included with film historians Daniel Kremer and Nat Segaloff, along with the movie's producer Don Boyd. Boyd acknowledges that the movie wasn't well-received in its day but has since developed a following over the years. As with most Kino commentary tracks the conversation drifts off to other info about the cast and crew unrelated to what's happening onscreen, but an intriguing bit of info is that Schlesinger's original cut was three hours long- I wish that could be put together now. The movie's trailer (in standard-def) is included along with trailers for Million Dollar Mystery, Moving Violations, High Ballin' and John Schlesinger's Billy Liar and The Falcon and the Snowman. 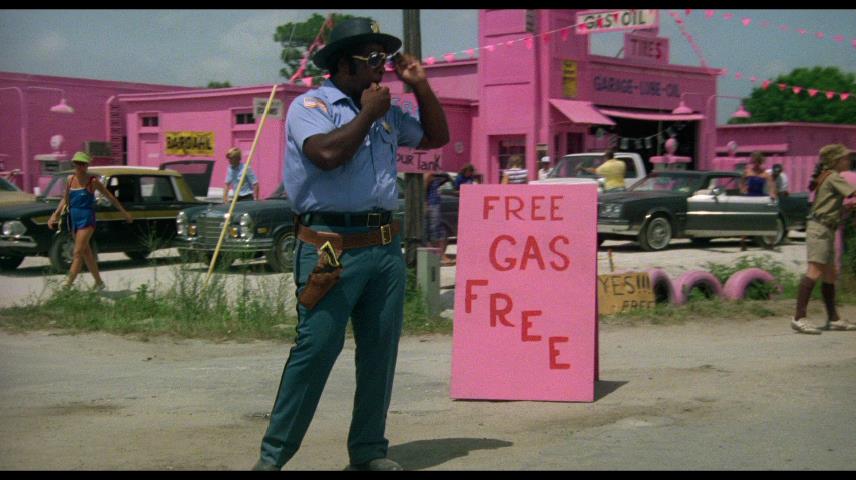 I waited close to 40 years to finally see Honky Tonk Freeway and this might be the best time- with everything America has gone through recently, it's sometimes good for one's mental health to just laugh at things that are truly ridiculous. While things here are a bit exaggerated, you can still imagine them really happening here. This Blu-Ray release will hopefully preserve this movie for the ages.