The latest addition to the "I can't believe this is on Blu-Ray" list, this 1979 farce from American International Pictures with Hanna-Barbera (in their failed attempt to launch a live-action division) finally gets a good quality home release. The title stands for Canine HOMe Protection System, devised by the movie's hero Brian (Wesley Eure who at the time was famous for simultaneous roles on TV's Land of the Lost and Days of Our Lives). He works at Norton Securities (apparently before they got into anti-virus protection) for boss/owner and potential father-in-law Ralph (Conrad Bain, best known as Mr. Drummond on Diff'rent Strokes) but is close to being fired as he can't come up with any new technologies to save the company from being taken over by rival Mr. Gibbs (the legendary Jim Backus). His job is saved however when he devises C.H.O.M.P.S., which looks just like his own dog Rascal but is really a powerful robot. He's designed it to track down would-be thieves with x-ray vision then take them by surprise as they're viciously attacked by this sweet-looking pooch, after being chased down at hyper-speed with accompanying noises which range from regular dog growls to police sirens and trains. 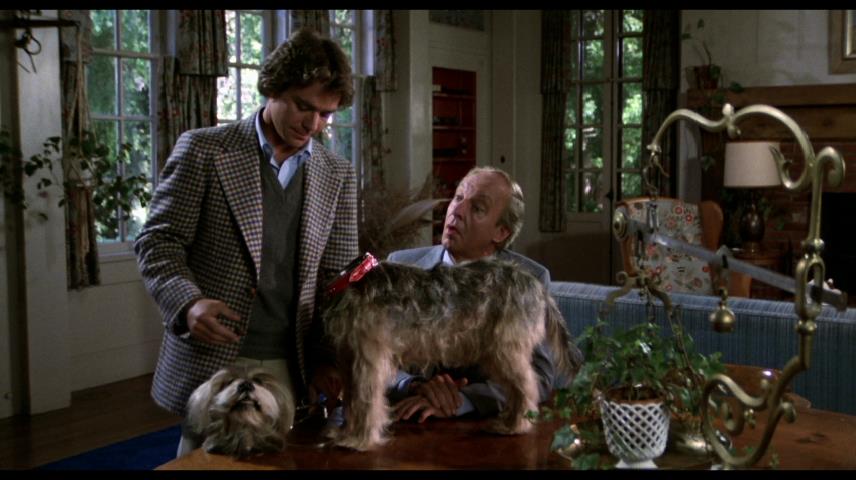 Mr. Norton is skeptical at first but C.H.O.M.P.S. has plenty of chances to prove himself since there's a bumbling duo of burglars (played by Red Buttons and Chuck McCann) who are stealing everything in sight, even ripping off Mr. Norton himself in his own office! While he's ready to put C.H.O.M.P.S in to mass production and save his company, Mr. Gibbs starts playing dirty and tries to steal it for himself- such is a situation we've seen in many cartoon shows. This movie is directed by Don Chaffey who had just come off Disney's Pete's Dragon prior; the budget is much smaller here and feels closer to a TV show than movie but succeeds in playing like a live-action cartoon. It was of course made for kids so don't go looking for any great artistic statements or deep meaning, though a neighbor dog spews a bit of profanity to ensure a PG rating as by 1979 the G rating was seen as "uncool". Resident composer Hoyt Curtin provides a disco-fied score here which further makes this a product of its time. 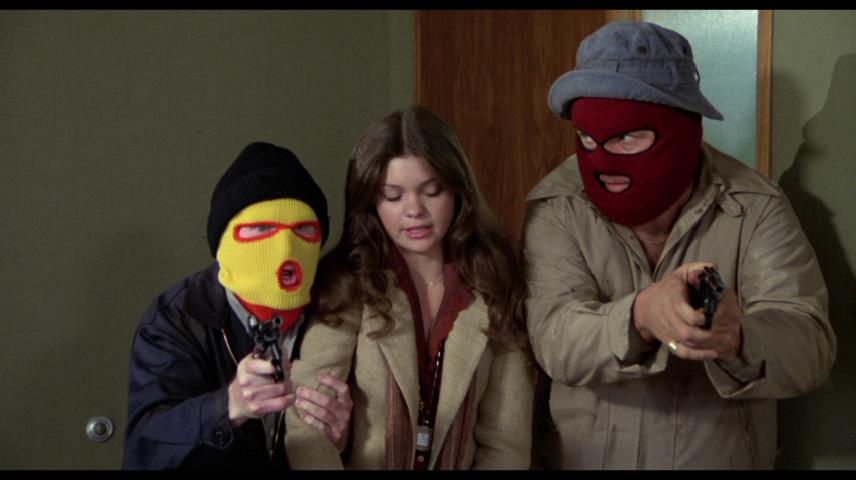 C.H.O.M.P.S. has been underrepresented on home media so far, having a brief VHS release in the 80s and appearing on DVD rather late in that format's game, and with a 4x3 transfer on top of that even though a prior widescreen transfer has shown up on a few of the digital services. This Blu-Ray release makes up for that, presenting it in the proper 1.85 aspect ratio from a clean source without obvious digital tinkering. Compression artifacts have been a problem on other Code Red Blu-Rays, but I was happy to not notice any here even in dark scenes.

The mono audio is also reasonably clean, though some dialogue appears to be slightly out of sync which is likely inherent in the original production. Hearing-impaired subtitles are included which tend to overdescribe the music. 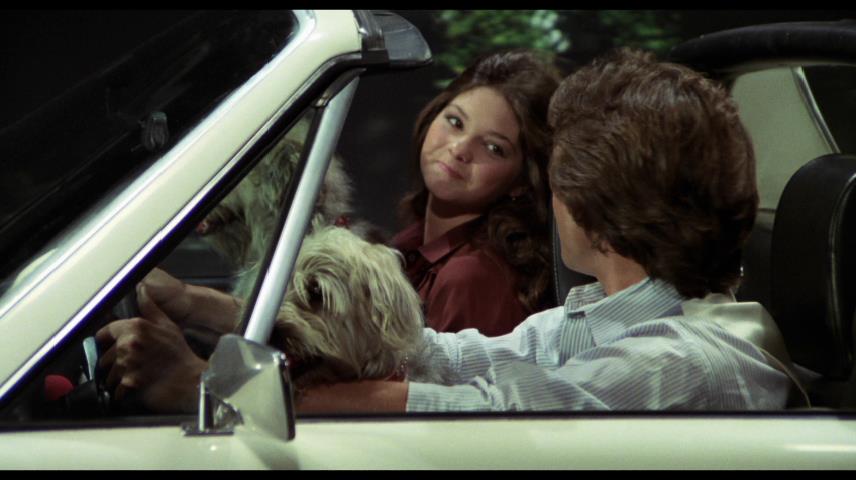 A commentary track is included featuring star Wesley Eure, co-writer Duane Poole, and Mondo Digital's Nathaniel Thompson. As has been the case with other recent tracks, the conversation is informal and often focuses on subjects outside the movie (such as other things the cast and crew have been involved with) rather than what's happening onscreen. The most interesting bit of info is how Hanna-Barbera wanted to start doing live-action movies and had a number of future ones lined up including a live-action Scooby-Doo movie more than 20 years before Warner's film appeared- but the low box office performance of C.H.O.M.P.S. scrapped all of those. Eure also appears in an on-camera interview and does a short introduction before the movie begins where he proclaims what a technological miracle it is for this movie to be on Blu-Ray disc (although that segment is shot in 24fps, it's encoded in 60 and thus presents HDMI handshaking blackouts before and afterwards.) The trailer for C.H.O.M.P.S is included in standard-def along with trailers for Pufnstuf, Checkered Flag or Crash, Starflight One, and Hound of the Baskervilles. Annoyingly these are accessible only through a single menu option labeled "Trailers" and play in sequence, yet are each encoded as separate titles making it awkward to jump to any specific one. 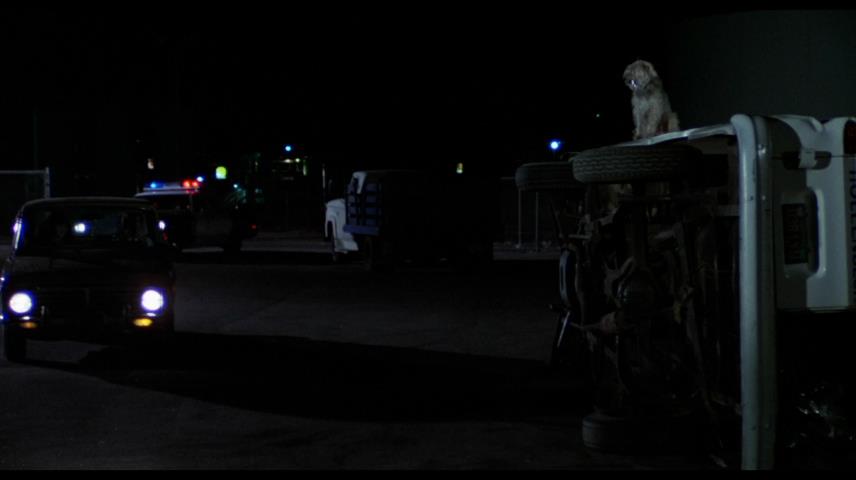 This belongs in the collection of anyone who considers themselves a fan of cheesy kids' movies, in a long overdue quality presentation. If your kids want to know what was so great about the 70s but you don't think they're ready for such fare as Saturday Night Fever, show 'em this.