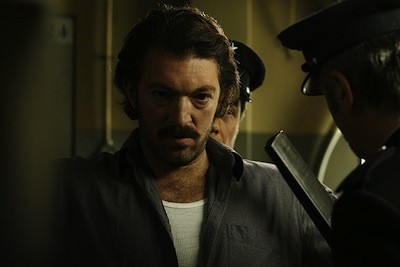 Jacques Mesrine is perhaps France's most notorious gangster. His crime spree spanned multiple decades and countries, and his story is so large, it takes two films to tell it. Mesrine: Public Enemy #1 is the second part, and it picks up a short time after the end of the first installment, Killer Instinct. It finds Mesrine, as played by Vincent Cassel (Eastern Promises), back in France and back to robbing banks. So, up to the same old tricks.

Except Mesrine has changed. He is now a cause célèbre, seen as a folk hero by some of the public, peddling himself as a crook who only robs the bigger crooks. Who does he harm? Don't the banks rip off the common man every day? When he is arrested, he makes a mockery of the courtroom, using it as his personal stage to practice his slightly political stand-up routine, vowing no prison can hold him.

Of course, Mesrine makes good on that promise, teaming up with another infamous jailbreaker, François Besse (Mathieu Amalric, The Diving Bell and the Butterfly). They stage a daring breakout and then proceed to live a life on the run, robbing banks and casinos, changing their hairstyles and growing beards and wearing disguises. François is a practical man and should make a good balance for the impulsive Mesrine, but Jacques is starting to believe his own hype. He likes being #1, and as his lover, Sylvie (Ludivine Sagnier, Swimming Pool), tells him later in the movie, his need for having the final say in everything is becoming a liability.

As with any gangster story, the back half of the crook's life tends to be the downfall. In the case of Mesrine: Public Enemy #1, it arises from the title character becoming bloated on his own success--quite literally, as it turns out. Cassel spends much of the movie sporting a rather obtrusive paunch. During one stakeout, a cop can't help but continually comment on how big he's gotten. Mesrine has grown into his own myth. 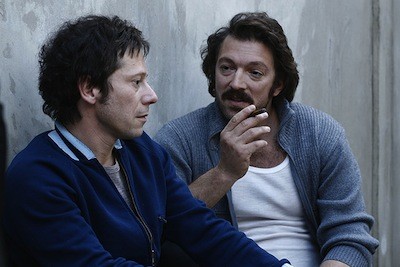 This, then, is where director Jean-François Richet and Abdel Raouf Dafri (A Prophet) take the charming song and dance of the outlaw and flip it around on us. Sure, we see the seductive Jacques Mesrine as he cons his arch nemesis Commissioner Broussard (Home's Olivier Gourmet, looking like Jigen from Lupin III with that jaw and chin beard) into giving him time to clean up his apartment before surrendering, bottle of champagne in hand, but we also see how his egomania takes him to dark places, like savagely beating a reporter (Alain Fromager) who dared write a critical story of him. You can only live large for so long before the seams burst.

Cassel is a perfect choice for a part like this. The actor has a frightening sinister streak, and he can flip back and forth between affable and animal with barely a twitch of the eye. You love to hate him but you don't hate him enough to look away. It's what I never understand about the debate over whether you have to be able to like a character to enjoy a movie. "Like" doesn't come into it; it's whether or not you want to keep watching. Cassel can be so evil, he practically dares you to cut the power on the projector, but he's so electric, he'd just end up powering the damn thing himself.

Mesrine: Public Enemy #1 doesn't have quite the same punch as Killer Instinct, and it drops some of the stylistic flourishes for a more dialed-back aesthetic, but then it probably doesn't need any of that, as this is the downward slide. What it has instead of the criminal thrills of the first half is a thick tension. We know where this is going, Richet and Dafri have laid that out from the very beginning. Public Enemy #1 ends where Killer Instinct began, though this time turned on its head, shown from the other side rather than from Mesrine's point of view. It's a gut-wrenching climax, playing on the audience's secret desire that maybe what we saw earlier was a ruse, that it will go another way. Which is probably the best compliment that I can pay the storytelling here: they sell us the inevitable, but then make us hope it won't be. 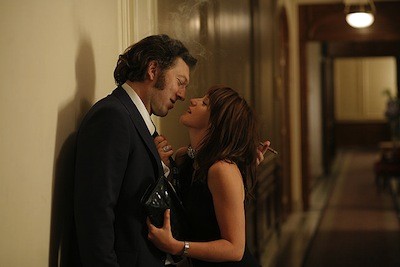