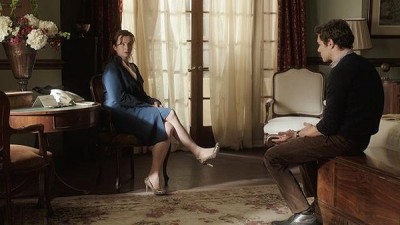 With movies like In the Company of Men and Your Friends and Neighbors, Neil LaBute has made a career out of chronicling the darker impulses of the male psyche, and Some Girl(s), his most recent film, is no different. Here the author adapts one of his own plays, but he has handed the directorial reins to Daisy von Scherler Mayer (Party Girl, The Guru). It's a smart move, almost meta in a way. Some Girl(s) is a self-reflexive portrait of a writer who isn't nearly as insightful about his own mistakes as he thinks, and it's up to the women in his life to hold the mirror and expose his truth. In a way, von Scherler Mayor does the same with LaBute, making sure the ladies in her cast get the appropriate share of the spotlight.

The OC's Adam Brody stars as the nameless "Man," a thirtysomething writer who has made a career out of mining his past relationships for story material. Having recently become engaged to a much younger woman, a nursing student, the writer embarks on a trip that will take him back and forth across the country, dropping in on old flames to hash over what went wrong and make amends for his bad behavior. Presumably, his intention is to clean the slate as preparation for his future as a married man, but as each of these encounters blows up in his face, he realizes he has a lot to learn about responsibility and his motives are increasingly called into question. 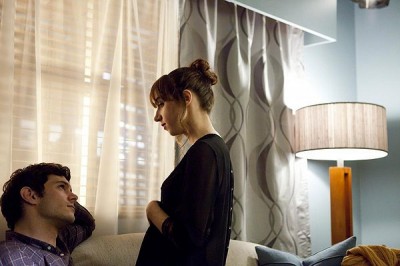 The journey begins with his high school sweetheart (Jennifer Morrison, Once Upon a Time), whom he dumped just before prom, and ends with the girl he's convinced is the one who got away (Kristen Bell, Veronica Mars). There are three women in between, including a partner he used to get over his first break-up (Mia Maestro, Twilight: Breaking Dawn), an older married woman with whom he had an affair (Emily Watson, War Horse), and the little sister of his best friend, with whom he shared an inappropriate kiss when she was 12 and he was 16. She is played by Zoe Kazan (The Exploding Girl), who steals the movie. Her scene contains the most emotionally powerful revelation, the one that really pushes Brody's character to own up to some harsh facts. Kazan's nervous energy and tearful delivery will break your heart.

The whole cast is good, really, and LaBute writes each woman with enough difference to give the performers a unique purpose. Maestro is sexy and fragile, while Watson is tough and calculated. von Scherler Mayer keeps it simple and doesn't worry about breaking away from the confined spaces that made Some Girl(s) suited to a stage presentation. Each encounter takes place in one location, a hotel room, where the two people are forced to face one another, no backing out. Brody is the only constant. He proves more than able when it comes to a chatty script like this. It's probably his greatest gift as an actor. Language just pours out of him.

I really only have one complaint about Some Girl(s), but it's kind of a major one. It's a complaint I have about a lot of LaBute's work: he's never content to leave well enough alone. While the film's dramatic climax, the scrappy and vulnerable Kristen Bell sequence, ties together and pays off on the script's themes of betrayal and moral relativism nicely, LaBute can't resist pulling the rug out. There is a stinger tacked on to Some Girl(s), a parting shot that calls into question everything we think happened, suggesting that the man has maybe learned nothing, and making us wonder what it's all for. Why, as the audience, did we submit to go through this wringer just to have the filmmakers hit a reset button? Was this a contrivance for the film, or was it part of the theatrical production, as well?

Still, some otherwise smart writing and truly excellent performances make Some Girl(s) worthwhile. And let's face it, however ironically it does so, LaBute ends up proving his own point: sometimes a story can only be as (im)perfect as its author. 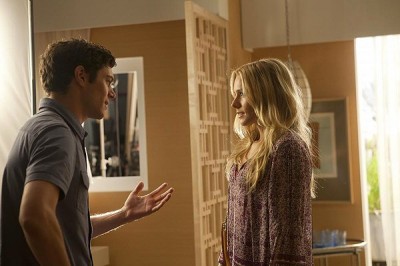