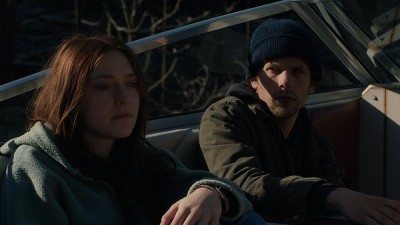 There's a nice mellow groove to a Kelly Reichardt movie, one that captures a facet of the Oregon personality, both good and bad. The low ambition mixed with earnest politics, the alternate sense of separateness and community. Night Moves is the writer/director's fourth feature, after Wendy and Lucy and Meek's Cutoff, both of which featured Oregon in some fashion. While her latest drama about the Pacific NW doesn't form a trilogy with those, per se, she is three for three in terms of getting it all just right in ways other more self-conscious portrayals fail. (Memo to Portlandia.) As a one-time outsider who has now been a Portland-based insider for two decades, I am fascinated by Reichardt's incisive view. She is inclusive and critical but also never judgmental.

Night Moves casts its gaze toward Southern Oregon and the environmental movement that calls that area home. There we meet Josh (Jesse Eisenberg, Now You See Me), who works on an organic farm/commune growing vegetables, and Dena (Dakota Fanning, The Motel Life), a child of money who works in a new age healing center. Josh is dour and overly serious, his commitment to the pain he feels for the Earth presumably being everything. By contrast, Dena is not afraid of a little levity, and is more in tune with the modern world. She has email, Josh has a flip phone. You'll spend most of Night Moves wondering if they are dating, a question answered perhaps when Josh reveals that despite his deep concern for his planet, he's not entirely resistant to petty jealousies.

It's with money from Dena's daddy that the pair buy a boat and head out to meet a like-minded cohort, Harmon (Peter Sarsgaard, An Education), a paranoid ex-Marine and ex-con. Harmon lives a little farther north, where he works as a groundskeeper on golf courses. It's from this job that he's been securing ammonia fertilizer with the intent of making explosives. The three of them will turn the boat into a bomb and use it to blow up a nearby dam, releasing all that pent-up water and letting it be as free as it desires. 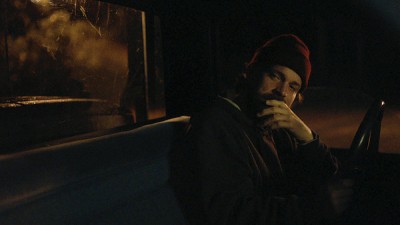 Reichardt co-wrote Night Moves with Jonathan Raymond, who likewise collaborated on her earlier films (including Old Joy, which I somehow have not yet seen) and earned himself an Emmy nomination for being part of the staff on Todd Haynes' Mildred Pierce. While cinephiles might remember the 1975 Arthur Penn movie when they hear the title, Night Moves is actually the name of the boat the eco-terrorists weaponize. This vessel serves as a kind of dividing line between the movie's two halves. There is the tension-filled lead-up to the dangerous deed, and then once the boat is gone, the difficult aftermath. So intent were the trio on their goal, they didn't really think through the potential consequences. Random chance stymies their ability to get away with clear consciences.

As dramatic as all this sounds, Reichardt doesn't needlessly dramatize any of it. Rather, as with all her narratives, she lets the events move at their natural pace, allowing her characters to be as they are and do what they may. Long, almost languorous takes show us the preparation to go out and commit a terrorist act. Conversations become awkward, intentions become unclear, as the step-by-step process runs its course. Though the director and her camera, as operated by Christopher Blauvelt (The Bling Ring), tend to hang back, enjoying the full expanse of the environment their subjects intend to rescue, the wide perspective just means that when they show us a specific detail, it's crucial. Mud on someone's boot, a slight scratching of the arm--everything is important. The same goes for the writing. When Harmon encounters an old acquaintance, it's not an accident for us, despite it being one for him. These are characters who don't share their backstories. The details have to be stumbled over.

As with any endeavor of this type, casting is essential, and Reichardt ably predicts her leads' abilities to pull back and do the work without showing off. Sarsgaard, in particular, is known for his personal quirks, and here the actor manages to play a different kind of skeezy without delving too deeply into his bag of tricks. Eisenberg is all scowling intensity, the same angry nerd as in The Social Network but without the active mind or creative outlet. And Fanning is particularly nuanced, more likable than the others, but no less committed. Early on, Dena offers the biggest mystery, one even the men can't fathom. Why is a girl like her involved in something like this?

For as unpredictable as much of Night Moves can be, the film's climax does stray into some fairly familiar territory. This could have been a bad thing without the denouement. The final scenes offer a coda that is almost more disturbing for its embracing of normalcy. With nowhere else to go, the outsider hides by joining the grid. In a bizarre way, this only proves the three true believers right: the worst possible existence is being just another member of the herd. After nearly two hours of build-up, to have the whole of Night Moves reliant on these final five minutes is gutsy, but it also shows how in command Reichardt is of her own storytelling. When so many other films fail by having no exit strategy, she takes a way out that is both haunting and satisfying, justifying everything that has come before, and thus moving her audience in a profound fashion. 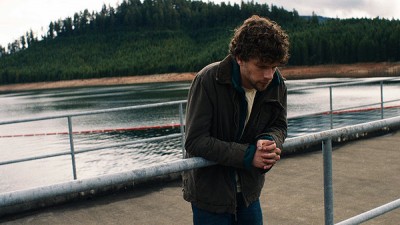