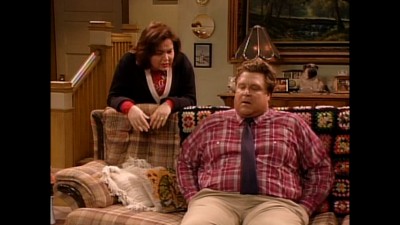 One thing that many of the TV writers, producers, and actors participating in America in Primetime--a four-part PBS series on the history of American television--agree upon is that we are, right now, living at a time when the small screen constitutes some very rich soil, perhaps the richest it ever has been or will be, in which to reach the heights of finely-crafted storytelling that reaches impressive dramatic and aesthetic heights. (Look at Mad Men, Treme, Breaking Bad, et al. for just some examples.) The program's director/producer, Lloyd Kramer (Mitch Albom's For One More Day), has taken advantage of this TV renaissance we've been living through to attempt a look back at the medium's checkered past, trying to spot a through-line of cultural currency, mass appeal, and intelligent, involving storytelling. Unfortunately, Kramer has stretched his line a little too taut 'n tidy when some slack would have been advisable to allow for a bit more complexity; by shoehorning a lot of multifaceted, multidimensional personalities and cultural artifacts into some rather glib and tired categories, America in Primetime mainly offers the kind of quasi-stereotypical, only-on-television kind of reductivism that most of the shows it's bringing to our attention have rightly been celebrated for avoiding. 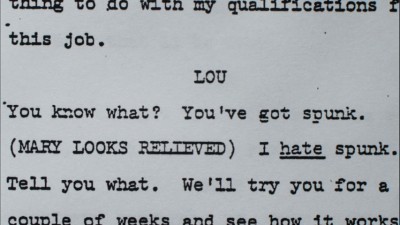 That's not to say that what Kramer has shone his too-feeble spotlight upon isn't worth being illuminated, or that some of the people he has gathered together for interviews, from both behind and in front of the TV cameras, aren't interesting figures who have some interesting, thoughtful, and surprising stories to tell and opinions to express. These include, among many, many others (and in no particular order): Mary Tyler Moore; Danny DeVito; Freaks and Geeks co-creator Judd Apatow; Carl and Rob Reiner; Grey's Anatomy creator/writer Shonda Rhimes; Taxi/Mary Tyler Moore/Simpsons impresario James L. Brooks; Twin Peaks auteur David Lynch (who also, unsurprisingly, loves '50s TV); United States of Tara creator/writer Diablo Cody; former TV child star Ron Howard; 30 Rock's Alec Baldwin; Seinfeld and Curb Your Enthusiasm's Jason Alexander and Larry David; Murphy Brown creator Diane English and star Candice Bergen; Roseanne Barr; Mad Men stars Jon Hamm and Elizabeth Moss and that show's creator, Matthew Weiner; Dexter star Michael C. Hall and his former boss, Six Feet Under/True Blood mastermind Allan Ball; M*A*S*H* star Alan Alda, etc., etc. My personal favorites were The Sopranos's creator, David Chase, and The Wire's writer/producer, David Simon--both terse, taciturn, unsmiling, brilliant personalities who, in their frank discussions of their aspirations to artistic integrity and their disdain for advertising-driven programming, risk coming off "elitist" or otherwise insufferable, but are actually, it seems to me, absolutely heroic and wonderfully articulate and unfettered. (Simon is even honest enough to criticize Dexter as, in his view, morally irresponsible and nothing he's interested in.) These people all reflect on their personal experiences and thoughts about the medium in general, as well as the impact their characters or creations made (and continue to make) on the television audience. It's a diverse, very far-ranging, and reasonably reflective group of apt, qualified talking heads. (I personally was not much impressed with the innocuous effusions and/or Hollywood-tongued pitch-speak Ron Howard and Rob Reiner were spouting, but they were there, a part of the history, so their presence is understandable.) 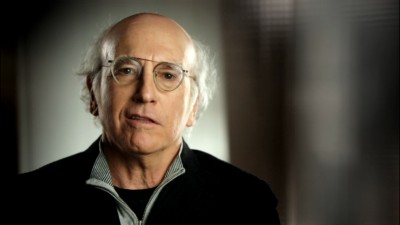 But the show has been structured in a silly way, and the history of all of that great programming and the intriguing thoughts of all those stars, writers, and producers are dragged into line with that sloppy approach. Each of the four episodes is based around an ostensible "theme" like "The Man of the House" (Father Knows Best, Everybody Loves Raymond), "The Independent Woman" (Mary Tyler Moore, Roseanne, Weeds), "The Misfit" (the Seinfeld gang, Arrested Development), and "The Crusader" (The Adventures of Superman, 24). These slots are as overgeneralized and ill-considered as the groaningly overfamiliar catch-all montage we're given to make us flash on that decade too many know, or even remember, only through such montages: Guitars, Kent State, flower-power, Vietnam? Yes, it's "the Sixties" in 30 seconds or less. (Kramer really, really needs to read this, stat). That kind of lazy zeitgeist thinking--in which all the vividness and nuance is sucked out of entire decades, political movements, aesthetic processes, and artistic work--does a disservice to the actually unique, not so easily reducible qualities and observations, insights, and perspectives that are what make many of these programs worth discussing in the first place. Bluntly put, the lazy, simplistic thinking of America in Primetime's creators is there in the very foundation of the program, and not much escapes the fallout. Its dirty secret is that, despite the mostly higher-quality shows its celebrates, it's influenced by none of them: The template for its style is MTV, reality programming, and human-interest "news" stuff. We can't be trusted, at least not by the people who put together America in Primetime, to look at anything for more than 10 consecutive seconds, so there are many, many abrupt and apparently arbitrary cuts, both between and within the interviews, from close-up to medium-close and back again, disrupting the continuity of anything anyone is saying. It's not as hellishly hectic as it could have been, but it's unnecessarily, superficially busy enough to feel annoyingly impotent. There is also, inexplicably, a tendency to cut to stock footage or images that make no sense; footage from silent films is interspersed throughout as thematic punctuation, but it only looks clumsy, irrelevant, and even somewhat puzzling, as though director Lloyd Kramer had no better inspiration/motivation than needing to fill up running time, or he felt that the more applicable material he had just wasn't stimulating enough. 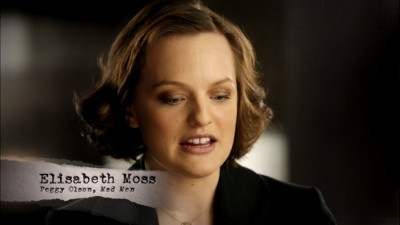 The ultimate result of all this soft-peddling and choppiness is that none of the interviewees comes across as smart as they clearly are; it's practically rude, the way everyone is continually cut off. The manner in which everything here has been assembled leaves you thinking, as you're watching it (absolutely never a good sign), that it should be of more interest than it actually is. In an effort to be accessible, approachable, and ceaselessly dynamic, America in Primetime becomes, too much of the time, tiresome and dull. Worse, it doesn't do its potentially very interesting and relevant subject anything like real justice. What it has to teach us isn't so much about how great TV can be when it's at its best as about how cruelly ironic it is to be celebrating a medium's most unique, exceptional, memorable, culturally penetrating offerings; presenting your celebration in that same medium; and then making the kinds of structural and stylistic choices that only its more second-rate and forgettable practitioners would ever have gone in for, as if all that great television didn't make enough of an impression to provide any guidance about how to do go about making TV. 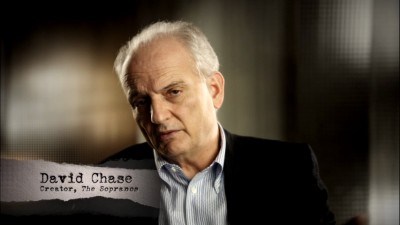 
America in Primetime looks very good; each period's television textures contain, of course, the flaws of that period (some scratch and wear when celluloid was used; and some video artifacting/color blare, etc., which was just the way video looked in the '70s and through the '80s), but they look at least as good as anybody ever saw them when they were broadcast, and the new interviews are almost too hi-def and overlit on top-quality digital video, but the actual picture quality on those is, as would be expected, excellent.


The Dolby Digital 2.0 stereo soundtrack is absent any flaws; all of the interviews were very well-recorded and mixed, and the sound is the best it can possibly be as presented on DVD, so all the celebrity ruminations come through clear and resonant, with not a single trace of distortion or imbalance.


About half an hour of deleted scenes (all interview footage) gets you a bit deeper than the show ever does into the minds of Cody, Apatow (who discusses Freaks and Geeks getting canceled), David (who discusses his insistence on continuing to make a Shakespeare reference in his standup despite the audience never getting it), and, most interestingly, John Simon, who has the boldness to talk about artistic integrity and the fact that dependence upon advertising is what made TV inferior to the short story, the novel, and cinema forms for so long. 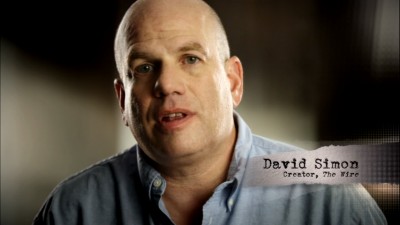 
America in Primetime is a too-soon summation of our new Golden Age of Television that, one hopes, isn't nearly close enough to being over to warrant a retrospective. When our TV bubble does finally burst, it would be nice if it got a less surface-skimming, distracted, arbitrary treatment than the mostly puff-piece, pseudo-profound treatment it gets here. The primary thing America in Primetime has to offer, if you need it, is a reminder that you really need to rewatch all of The Sopranos and The Wire, revisit the brilliant middle part of Roseanne's run, and be excited for that new season of Mad Men that's just around the corner. (Alternately, it's a half-decent introduction to any one of these great programs if you happen to be one of the woebegone who hasn't had a chance to see them yet.) But unlike most of those shows, America in Primetime was evidently made for stereotypically TV-shortened attention spans; the interviews that are worthwhile were clearly cut into sound bites to make room for all the ones that aren't, and you can easily skip around in it and never miss a thing. My advice, therefore, would be to Rent It, watch the interviews with Jon Hamm, Roseanne Barr, Diablo Cody, and anyone else you might be curious to hear from, and spare yourself the overabundance of chaff that pads out the rest.