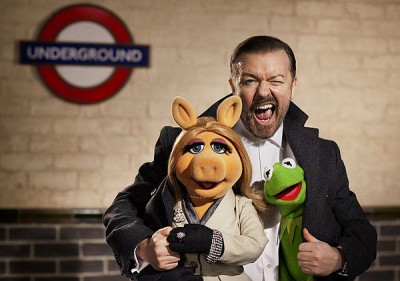 It's kind of amazing to consider that the Muppets are older than I am. I mean, I'm pretty old, and they've been there all my life. I have vague memories of performing some kind of puppet lip sync to one of their phonographs I had gotten from the library, "entertaining" my bemused parents with a stuffed-animal pantomime to the audio from the "Muppet Show" skit built around Buffalo Springfield's "For What It's Worth."

So there is a part of me that is thrilled that the Muppets have enjoyed a renaissance over the last couple of years, and part of me is a little suspicious of the whole thing, knowing that for as good as the current movies have been, they aren't quite the same, there is something a little bit off; the voices aren't exact, nor is the satire as exacting. The troupe has emerged from the wilderness with a dogged eagerness, a need to be liked.

Muppets Most Wanted is the second feature in the revived franchise, coming out under the Disney banner. Following the trajectory of the reboot, if 2011's The Muppets was a friendly, nostalgic update of the original The Muppet Movie from 1979, then the sequel mirrors the other #2, 1981's The Great Muppet Caper. The "let's put on a show" homage has given over to a crime-centered plot, attempting to be a parody of the same, while also poking fun at the notion of diminishing returns inherent in the sequelizing process. Oh, the irony that sometimes emerges from pre-emptive self-deprecation.

Muppets Most Wanted amusingly picks up as the final production number from The Muppets is wrapping, and Kermit and the gang are pondering what to do next. Enter Dominic Badguy (Ricky Gervais), a promoter who wants to put the Muppets on the road. Kermit is skeptical, but the others are eager to see the world, and so the frog loses. At the same time, over in Siberia, another frog is escaping from the Gulag. Constantine is a dead ringer for Kermit, and also in league with Dominic. Naturally, the two green guys change places. Constantine uses the Muppets as cover for his criminal ventures, while Kermit is locked in Russian prison, under the careful watch of Warden Nadya (Tina Fey). Meanwhile, Sam the Eagle and a bumbling Interpol detective (Modern Family's Ty Burrell doing a grating Peter Sellers impression) are on the trail of globetrotting art thief the Lemur. 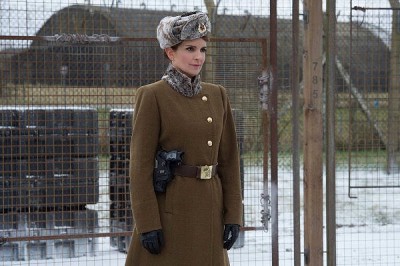 The gags built around the heist are predictable and benign, as is the bulk of Muppets Most Wanted. The majority of the production team from The Muppets, including director James Bobin, scriptwriter Nicholas Stoller, and songwriter Bret McKenzie, are back for the second go-around--which may actually explain the been-there-done-that atmosphere that permeates much of Muppets Most Wanted. Apparently Jason Segel's sincere enthusiasm was more central than even suspected. The musical numbers feel forced, the endless stream of celebrity cameos seems perfunctory. Even the Fozzie Bear gag tacked on after the closing credits is cliché, having been done by Stoller before in Get Him to the Greek, and existed even before that in Ferris Bueller's Day Off. I know Fozzie's jokes are supposed to be tired, but come on...how didn't they spoof the Nick Fury post-credits stinger at the end of either movie? Given the fact that the Mouse has made strange bedfellows of both the Jim Henson Company and Marvel Comics, and that Samuel L. Jackson will do just about anything, it seems a no-brainer.

Overly long at nearly two hours, the Muppets Most Wanted will make plenty of young viewers impatient. Luckily, the general likability of the Muppets themselves proves resilient to grousing and complaints, and there are enough solid gags to revive any flagging interest at regular intervals. Tina Fey brightens up every scene she is in, and Constantine's Sacha Baron Cohen accent consistently made me laugh. Muppets Most Wanted is essentially a flawed movie that, despite its own mediocrity, is hard not to like. While my complaints are legion, I still enjoyed myself. What stings the most is the profound disappointment that Muppets Most Wanted should be better and just isn't.

Make sure to show up on time, Muppets Most Wanted is preceded by an exclusive Monsters University short that is actually quite hysterical. The fast-paced warm-up act is a brilliant sting of comedic set-ups and deliveries that never stumbles. 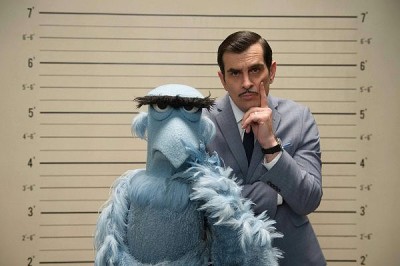