Phantom Of The Paradise 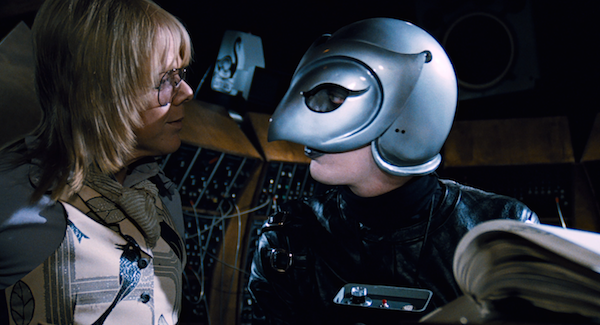 A song-filled satire of the music business, Brian De Palma's Phantom of the Paradise blended horror, dark humor, and rock music one year before The Rocky Horror Picture Show attempted a similar feat onscreen. Both films initially sank like stones at the box office, and both films were rehabilitated by fervent cult followings, although Phantom of the Paradise's cult never reached the near-mainstream level of Rocky Horror's. (They never did an episode of Glee in tribute to De Palma's film, for example.) Although it's not a total apples-to-apples comparison, Phantom deserves to also be required viewing for the same awkward teenagers who find solace in the songs and style of Rocky Horror.

Instead of a fishnetted Tim Curry, Phantom of the Paradise is dominated by the diminutive Paul Williams, who took a break from writing soft-rock hits for the Carpenters and Three Dog Night, to write the stylistically eclectic song score for this film and to star as the off-puttingly cherubic, supernaturally evil music impresario Swan. Swan is opening a new music venue called the Paradise, and he needs a new sound for the occasion. When he hears the heartfelt warblings of Winslow Leach (William Finley), he decides he must have that sound -- but not the gawky nerd who composed it. Swan sends his associate Philbin (George Memmoli) to swipe Winslow's sheet music, then gets Winslow framed and sent to Sing Sing prison just to keep that pesky songwriter out of his hair. When Winslow hears one of Swan's music groups butchering his "Faust" cantata on the radio, he busts out of prison and attempts to blow up Swan's record presses, only to slip and fall into the press, mutilating his face. Winslow doesn't give up, though. He finding a mask to cover his scarred face -- one that makes him look like a giant robotic bird -- and continues to wreak havoc on Swan's new club before it opens.

Though he is clearly riffing on Phantom of the Opera, De Palma seems equally compelled by the original material's reference to Faust. The lure of fame motivates Winslow to put his phantom-ing on hiatus and make a deal with the devil, signing a contract with Swan to put out his music properly, as sung by Winslow's own "Christine," the lovely and seemingly grounded Phoenix (Jessica Harper). Swan, being the bad guy that he is, decides not to open the Paradise with Phoenix in the spotlight but just shuffles her off to sing backup for his new star, the garish glam rock monstrosity Beef (Gerrit Graham). When Winslow finds out, he has his revenge, clearing the stage for Phoenix to get her big moment. It's a smashing success, and once Phoenix gets bit by the fame bug, she disappointingly sheds her common decency to hop on board (and hop in bed) with that swine Swan.

Graham and Harper shine the brightest in their roles, as the ambiguously flamboyant rocker and the seemingly innocent ingenue respectively, but Finley and Williams also fit neatly into their characterizations. With the tone purposefully fluctuating between a live-action cartoon and more realistic human drama, it's a compliment to the cast that they are never out-of-step with the story.

After all, Phantom is not quite as weird as De Palma's early underground features, but it is certainly unlike anything else in his filmography. Sure, there's a split-screen sequence that pays homage to Welles's Touch of Evil (the most confusing and weakest moment in an otherwise near-perfect film), an extended point-of-view shot that sends up slasher movies years before Blow Out, and even a humorous redux of the best known sequence Hitchcock ever directed. But these play as merely elements within a Tashlin-esque, kaleidoscopic whole that feels more amusing, funnier, and less self-conscious than anything that came before or since. 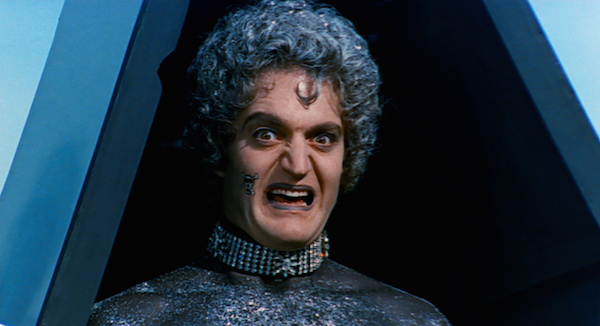 The Blu-ray
Phantom of the Paradise comes as a 2-disc set, with one BD and one DVD. However, this is not a dual-format edition. The feature is only on the BD, while the DVD is filled to the brim with bonuses that didn't fit on the first disc.

The Video:
The AVC-encoded 1080p 1.85:1 transfer of Phantom looks great. It won't be mistaken for a brand-new film -- the style seems very of its moment -- but the fine detail is extensive, the colors are vibrant and saturated, and the blacks are deep and dark. There's quite a bit of optical work in the film (split-screens, mattes, etc.) which make certain shots extra grainy, but otherwise the film grain is tight and attractive, with no noticeable digital compression to muck it up. Skin tones typically look pretty accurate, although in a handful of shots they fluctuate slightly.

The Audio:
The film comes in both a DTS-HD MA 5.1 surround mix and a DTS-HD MA 2.0 stereo mix. Both of them sound great overall, although obviously the music gets quite a boost from the surround mix. Otherwise, dialogue and effects sound good in either iteration. The disc offers English subtitles.

Special Features:
Shout! Factory's Scream Factory imprint has gone overboard with their extras, not just loading up the Blu-ray Disc, but also adding an extra DVD full of bonuses. In an era, when a lot of companies are not even bothering to include supplements, this is heartening. That said, this is probably a bit much. A lot of info gets repeated from featurette to featurette, but if you have the stomach for it, there's still plenty of interesting tidbits throughout the hours and hours of reminiscences included here. 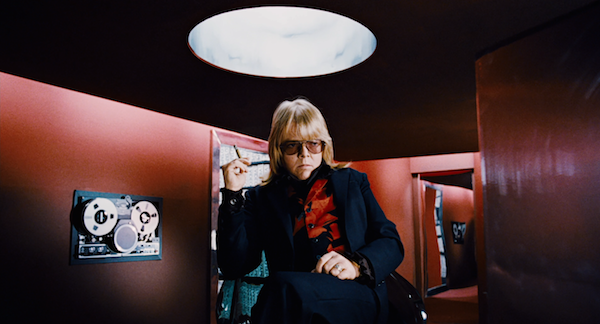 Standard Definition DVD Special Features:
(50:10) - A French documentary from 2006 that features interviews with all of the major players, including the late William Finley, who played the Phantom. There's some overlap with the other interviews and commentaries, but taken on its own, its a thorough, worthwhile look into the production of the film.

Final Thoughts:
This too-often neglected cult classic has been lavished with a great transfer and supplemented with enough extras to turn viewing this release into a long-term project. Highly recommended. 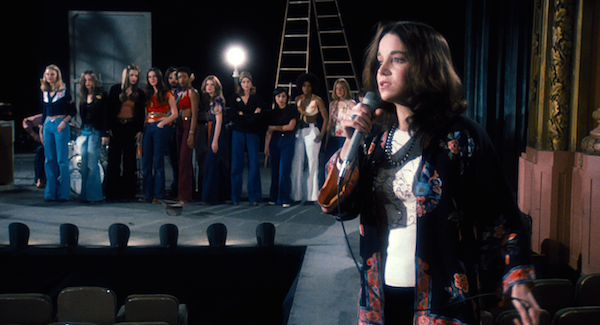