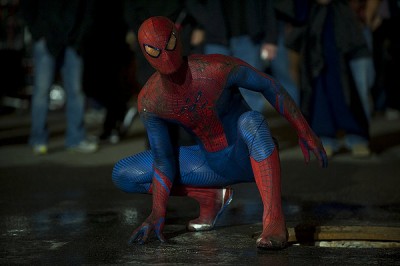 Finally, Hollywood has done something original. Have you heard of this Amazing Spider-Man thing? It's all about this guy, a nerdy teen, who gets bitten by some kind of weird genetically altered spider and he starts to have spider-like abilities. At first he just goofs around with them--when he's not moping, because, as I said, he's a teenager--but when bad things happen to people close to him because he's goofing around, he puts on red-and-blue tights and starts fighting crime. I don't think anything like this has ever been done before.

Except, of course, it has. There's been plenty of Spider-Man on both the big and small screens in recent memory. Like a lot of folks, I was fairly irritated with the news that they were rebooting the franchise already. When you think about it, though, there are like three competing versions of Sherlock Holmes at the moment, so why not more than one Peter Parker? Especially when the new version gets it right where the last series got it so horribly wrong. Five years after the embarrassing Spider-Man 3, Marvel Studios has jettisoned Tobey Maguire and Sam Raimi and gotten serious about the webhead. While not as good as Christopher Nolan's similar overhaul of the Batman series, the folks behind The Amazing Spider-Man have clearly been taking notes. Gone is the goofy self-parody; in its place is a smarter, funnier, and more emotionally stirring Spidey.

Andrew Garfield (Red Riding Trilogy, The Social Network) has taken over the title role for director Marc Webb (who is here atoning for inflicting 500 Days of Summer on the world). Webb and his trio of writers take Peter Parker back to the beginning, rejiggering his family history and his origin. The broad strokes are the same, but the specifics are updated. Peter is a skateboarding, emo hero for the 21st century. He's forward thinking enough to understand cutting-edge science, but retro enough to enjoy taking photographs on film and to hang Rear Window posters in his bedroom. Garfield is instantly more likable than Maguire. He is both shy and a little bit cool, a smart mouth with a solid wit and a good heart. 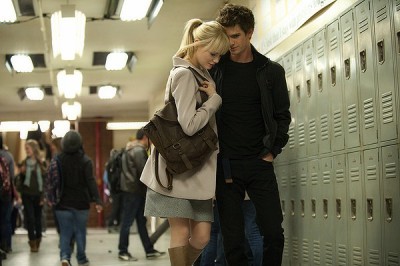 For the plot-minded among you, though The Amazing Spider-Man is yet another superhero origin story, the elements of this Spider-Man's beginnings are all part of the larger narrative plot. The radioactive spider is connected to the work Peter's father did before his death in a plane crash, which the elder Parker's former partner, Curt Connors (Rhys Ifans, The Five-Year Engagement), has been carrying on with since the tragedy. Connors will, of course, become the Lizard via the same experimental chemistry, and since Peter's main crush, Gwen Stacy (Emma Stone, Easy A), interns in Connors' lab, it's a foregone conclusion that the threat level will get even more personal before the movie is over. It also doesn't help that Gwen's father (Denis Leary) is the police captain charged with tracking down her masked boyfriend.

A big part of The Amazing Spider-Man's success is the inspired casting. Both Ifans and Leary are excellent in their roles--the former goes from a sympathetic presence to sinister and threatening; the latter goes from gruff caricature to heroic father figure. Also good are Martin Sheen and Sally Field as Peter's Uncle Ben and Aunt May, the family that took him in when his parents died. Having actors of such esteem in these supporting roles brings an automatic gravity to the proceedings. The one thing the Raimi movies never got close to having was any sort of effective level of humanity. It's not hard to believe that someone raised by Martin Sheen would grow up to be a noble individual (real-life evidence to the contrary notwithstanding). 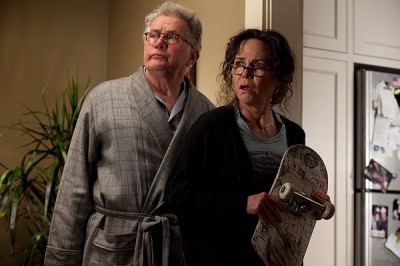 Most important, though, is the budding romance between Peter and Gwen. Andrew Garfield and Emma Stone have an exceptional chemistry onscreen. I've always been more of a Gwen Stacy fan than a Mary Jane Watson fan, and Stone manages to embody my every fanboy fantasy of what the idealized Spider-Man girlfriend would really be like. (It doesn't hurt that costume designer Kym Barrett (the Matrix movies) sticks to Gwen's comic book fashion, right down to the boots and black headband.) Ever since Superbad, Emma Stone has built an impressive career playing intelligent, funny ladies, and Gwen Stacy is no exception. In fact, kudos to Webb and the team for actually making the superhero's girlfriend more than just a damsel in distress. Gwen Stacy is an integral part of the plot, she's not just there to be rescued.

On the other side of the spectrum, the action in The Amazing Spider-Man is engaging and full of thrills. The web effects and the Spidey-view cam' are both really cool, and the fight sequences move swiftly but clearly. Webb and his team of editors avoid ultra-quick cuts, instead letting the combat play out. Occasionally, the animation is a little too obvious, especially when Spider-Man is fighting the Lizard, but it's light years better than a lot of what we saw in the earlier trilogy. The Amazing Spider-Man also looks really good in IMAX, even if the 3D is largely unnecessary. A few of the multi-plane effects really stand out, but the added dimension otherwise calls little attention to itself outside of the annoyance of the glasses.

Most of all, though, I think what got me about The Amazing Spider-Man is how it managed to portray the price of heroism alongside its inspiring effects. The big moments here come as great swells, with the different characters standing up in the face of adversity and pushing forward. The transformations are believable, they seem natural, and they are earned by the events in the story. Some may grumble that the famous "with great power comes great responsibility" slogan has been altered for the film, but I think it was a wise choice. The sentiment is still there, but it's no longer a catchphrase and thus, it's meaningful again.

I had low expectations for The Amazing Spider-Man, but my doubts have proved unfounded. Yeah, it's maybe a tad long and some of the jokes fall flat, but overall, The Amazing Spider-Man is a quality blockbuster. Providing Christopher Nolan makes it three for three, 2012 may be the summer where the superhero movies actually deliver across the board, proving that for as much as naysayers try to rush and declare the genre dead, there's plenty of living still left to do. 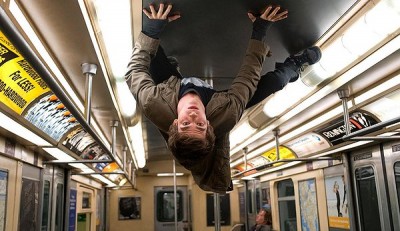