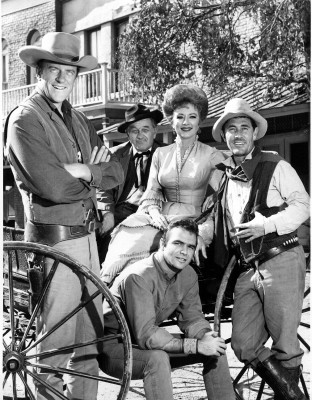 And next it's Ken Curtis joining the cast of Gunsmoke. Well, kind of. Stay tuned.

Another terrific round (well, two rounds) of great Western drama, Gunsmoke's two eighth season volumes aren't cheap, but provide many hours of quality entertainment and are worth the price. A DVD Talk Collector Series title.