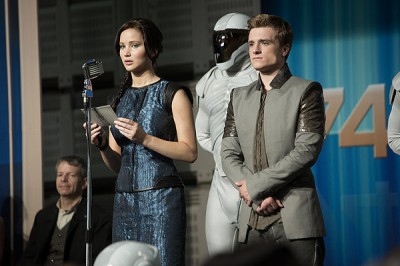 The middle of a trilogy is often the best. The link between initial success and final triumph in a heroic narrative is usually some kind of failure. Or at the least, it's darker and heavier and it challenges the accepted norms in such a way that it puts the characters involved on their required path.

So it is for Suzanne Collins' The Hunger Games: Catching Fire, my favorite of the book series and now the best of the two movies released so far. When Collins dropped the sequel on us years back, the big question was how she was going to continue a story that was, in many ways, done in one. The Games happened, the kids from District 12, Katniss and Peeta, emerged as winners, end of story. What could possibly be next that wouldn't just be a repeat?

Well, the answer was to show the true consequences of winning (being consumed by the government propaganda machine, living with post-traumatic stress disorder) and to concoct a way to up the ante. Following her cunning victory in the first Hunger Games, the wily Ms Everdeen has become a symbol of hope for the oppressed people of Panem. In order to prove to the would-be revolutionaries that no one is safe, the evil President Snow and his new gamemaster, Plutarch Heavensbee, devise an All-Star Game, forcing the champions back into the arena. 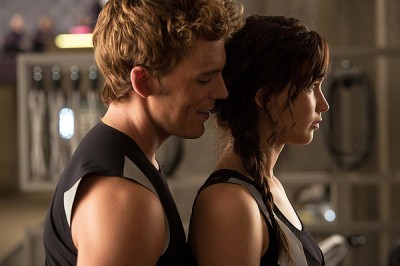 That is the basic plot of the Catching Fire novel, and its essential elements have been maintained for the follow-up movie. New director Francis Lawrence (I Am Legend) and writers Simon Beaufroy (127 Hours) and Michael Arndt (Brave) do a nice job of distilling a healthy narrative into a 2-hour, 20-minute movie while not cutting too many things that will make fans of the book unhappy and also making Catching Fire accessible for newbies who have nothing to go on but the adaptations. Gone is Gary Ross' shaky cam, replaced with a more expansive frame, one that allows for full views of the future cities and fighting arenas that define Katniss' world. More costumes for Effie Trinket, parties at the President's house that look like a 22nd-Century redo of Baz Lurhmann's The Great Gatsby (only, you know, good), and a slightly more grisly representation of the violence inherent in the story. Prepare to be repulsed by some of the killings, choked up by others. There is much here that will yank at your heartstrings, even as you cheer your favorites on to victory.

And don't worry, all your favorites are present and accounted for. The original cast has returned--Jennifer Lawrence, Josh Hutcherson, Woody Harrelson, Lenny Kravitz, and showstealers Elizabeth Banks and Stanley Tucci. Joining the cast are Jeffrey Wright, Amanda Plummer, Jena Malone, and Sam Claflin as tributes from Games past. All are perfect. It's kind of amazing. As a fan of the books, I could't have imagine a better Beetee (Wright) or Johanna (Malone). Sam Claflin is a name that is new to me, but he is the right kind of slick and handsome for Finnick Odair. Philip Seymour Hoffman (The Master) has also jumped on board as Plutarch. Amusingly, the producers apparently felt Hoffman was weird enough as is, they have him show up looking like he always looks rather than outfitting him in some crazy Capitol get-up. It works. 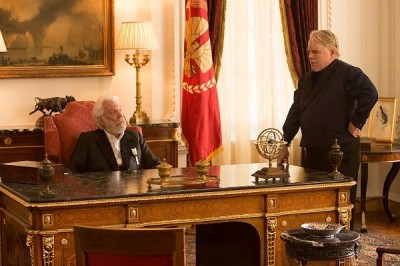 Catching Fire is an overall more confident effort than the original Hunger Games film. With its feet firmly planted, the series can now go about its business without feeling the need to establish everything. The actors have a stronger handle on their characters (Hutcherson as Peeta and Liam Hemsworth as Gail are noticeably more impressive), and the action is clearer, providing thrills without crossing the line into the sort of bloodthirsty entertainment Suzanne Collins set out to critique. There is still room to nitpick, sure. The score by James Newton Howard (The Dark Knight) hits the melodrama pretty hard, and my friend who I took to the screening complained that there was still too strong a tendency to rely on close-ups the way Gary Ross did rather than go wide.

But those are both small.

The Hunger Games: Catching Fire is guilt-free blockbuster entertainment, providing excitement, provoking discussion, and requiring no apologies. It's easily my favorite running franchise, moreso than even the best of the Marvel series. I'm going to go see it again as soon as I can. 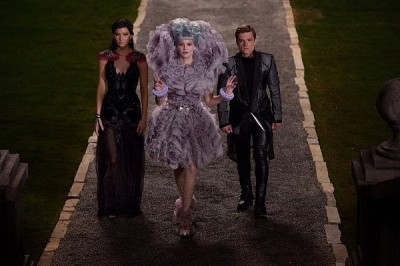