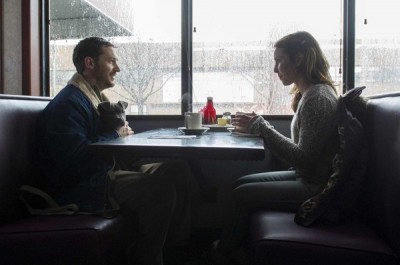 On a nightly basis, money changes hands across the criminal underworld. Deals are struck, goods are purchased, and bets are won and lost. At the end of the night, the cash has to end up somewhere, its last stop on the way to the big boss that will take the most off the top. This place is known as a drop bar, and in Brooklyn, the location changes day to day, the designated spot chosen at random. This is to keep the heat off any one specific bar and keep anyone foolish enough from getting the wrong idea about getting their hands on all that dough.

A robbery of one of those bars is one of the inciting incidents in The Drop, a new crime movie written by Dennis Lehane (Gone Baby Gone) and directed by Michaël R. Roskam (Bullhead). The location in question is a rundown watering hole named Cousin Marv's. It's been several years since Marv (James Gandolfini, in his final role) owned the joint. Though he still runs it, Marv lost the bar to Chechen gangsters who aren't too pleased with giving up $5,000 to a couple of punks in masks. Marv and his bartender (and actual cousin) Bob (Tom Hardy, The Dark Knight Rises) are technically on the hook for the missing money, and maybe even suspected in its disappearance. Both the bad guys and a nosy cop (John Ortiz, HBO's Luck) aren't too sure their hands are clean.

Around the same time, Bob finds a wounded pit bull puppy abandoned in a trash can. The owner of the trash can, Nadia (Noomi Ralace, Prometheus), lets him into her house to clean the dog up. They become friends, and she helps Bob figure out to how look after his new pet. He's a man of very few words and it would seem even less experience taking care of anyone but himself. This new addition to his life comes with hidden consequences, however; the jerk who left the dog (Matthias Schoenaerts, Rust and Bone) is Nadia's ex, a bad dude who may also be responsible for the disappearance of one of Marv's old customers.

All of these things may be connected. Or they may just be coincidence. As The Drop unfolds, we mostly follow Bob as he observes his surroundings and tries to puzzle out what's behind all these scrapes and schemes. Like everything and everyone else in Lehane's script, Bob is not all that he seems. He is more capable than his dialed-down demeanor might suggest. Hardy buries himself completely in the role, giving Bob a physical gravity but masking his inner workings behind a stoic facade. The actor maybe goes a little too De Niro at times, that furrowed brow and frown coupled with a penchant to repeat things as if its ridiculous the other person didn't hear them the first time has a definite familiarity. Yet, it also works to keep the whole situation slightly off kilter. Not knowing what Bob is thinking means we regularly don't know what to think, either. 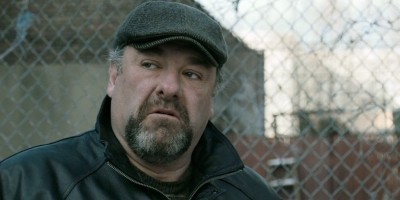 The Drop's most defining characteristic is tension. It's constant. When Roskam thinks we are maybe getting too comfortable, he throws another curveball. He sometimes uses Nicolas Karakatsanis' camera as an intruder or a distraction. Long before we see Schoenaerts' Eric, for instance, we are privy to his vantage point, watching from just out of frame and focus. Other times, the script lays hints to something that Marv or the detective knows and that Bob doesn't, giving us a leg up.

As with the films that have come out since Philip Seymour Hoffman's passing (namely, A Most Wanted Man and God's Pocket), it's bittersweet seeing The Drop as the last work of an actor who isn't around anymore. James Gandolfini has a remarkable presence on screen, and his work her is excellent. While arguably just a variation on Tony Soprano or the hitman he played in Killing Them Softly, Marv is more of an everyman, an older gentleman bitter about his life not turning out the way he imagined. The man Eric was supposed to have killed was nicknamed Glory Days, and though it's kind of an obvious metaphor, there is something very real about Marv and his customers reminiscing in his absence. The best of times are behind Marv, and Gandolfini makes that both pitiable and tragic.

To go into much more detail about The Drop would be to give too much away. This is not a movie with artificial spoilers, but rather a knotty crime drama with genuine twists and turns based on character behavior and the natural development of their respective situations. Those familiar with Lehane's style will recognize some of his technique, but the storytelling and direction avoids drawing attention to the revelations, instead letting them happen as they may, which should keep even the most jaded genre fan guessing all the way up to the end. 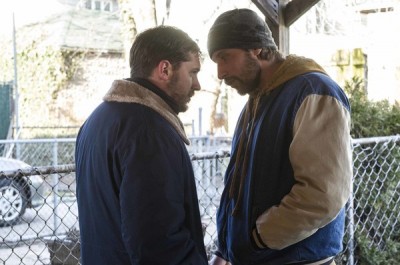