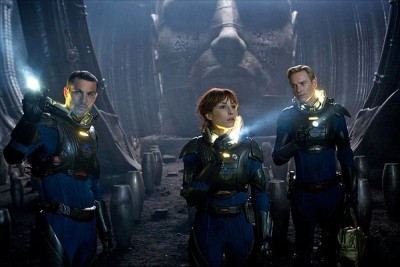 The common wisdom around Hollywood studios is that we, as an audience, all sit at home and think about the things we really liked in the past and ponder how awesome it would be to have more of the same. You like pizza, so how about pizza every night for dinner instead of every once in a while? Then you don't get screwed trying something new like a Korean taco. This fits in nicely with the narrow-mindedness of bean-counting artistry. As screenwriter William Goldman is famous for saying, no one in the movie business knows anything, every endeavor is a crap shoot. When they remake, remodel, and reboot a film, they don't really know if they can make it work, they just think they know we already like it.

I know a lot of Aliens fans. Most of them aren't just fans of one of the movies in the franchise, even if they lean strongly toward the first or the second. The beauty of both Ridley Scott's Alien and James Cameron's follow-up was they were totally different from one another, and there was nothing else like them out in the multiplexes at the time. They were completely unique, surprising, engrossing cinematic experiences.

If you're going to go back and tinker with what worked in the past, particularly in regards to Alien, that's the kind of thrill you have to replicate. It has to be special to earn the company you're supposed to be keeping. You can't just deliver the same ol' thing.

Alas, Prometheus pretty much delivers the same ol' thing. (And make no mistake, despite the legal peek-a-boo Ridley Scott played with calling this a prequel, this is an Alien movie. The elements are there.) 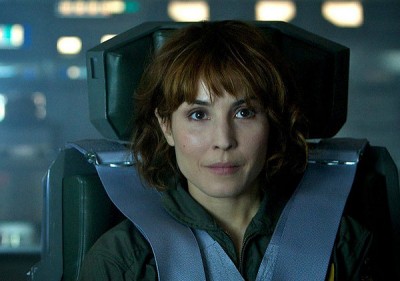 The plot is familiar right from the get-go. A motley group of space travelers are woken from sleeping pods by a cold, efficient robot named David (Michael Fassbender, X-Men: First Class). Among them are a pair of scientists, Elizabeth Shaw (Noomi Rapace, from the Swedish-language Girl with a Dragon Tattoo) and Charlie Holloway (Logan Marshall-Green, Devil), who have found clues in ancient hieroglyphs that suggest the origin of man is in a remote section of a distant galaxy. From there, a group of humanoid "Engineers" kickstarted the human race. The nearly dead head of the Weyland Corporation (portrayed by Guy Pearce in surprisingly convincing old man make-up) has funded the expedition in the hopes of unlocking the eternal secrets of mankind. He has provided them with a ship called Prometheus, named for the ancient god of myth who gave humans fire. Piloting the spacecraft is a no-nonsense captain (Idris Elba, The Losers) and an even less-nonsense company executive (Charlize Theron, also currently in theaters in Snow White and the Hunstman).

So let's do a checklist: female heroine, working men traveling the cosmos, a suspicious android, corporate greed, and an inconceivable threat tucked away on a planet deep in the middle of b.f. space. Sound like any other movies we know?

One can only fathom what brought Ridley Scott back to Alien. Nostalgia for his youth? A balloon payment on his mortgage? An attempt to cement his waning legacy by repeating past triumphs? (Scott's last film was that snoozer Robin Hood.) Regardless of the reason, the first hour or so of Prometheus reminds you what a good filmmaker Ridley Scott can be. The set-up is full of gorgeous storytelling and even more gorgeous interplanetary scenery. The high-class Weyland spacecraft is a long way from the rundown freighter that hauled the original movie's truckers through space. The new digs are more like a souped-up 2001 (with Fassbender's David quite possibly being a nod to the HAL/Dave dynamic of the Kubrick flick.) Even the 3D isn't so bad; the scenery has size and depth.

The lead-up into the expedition and the descent into the familiar territory of the Engineers is quite good. I wasn't giddy or anything, but I was hooked. Noomi Rapace showed her usual confidence as a conscientious investigator who believes in a higher power, and Michael Fassbender is tremendous as the Peter O'Toole-obsessed android. He is constantly causing the audience to wonder what side he is on. Does he really feel emotion and pretend not to?

Conversely, the second hour of Prometheus reminds you what a mediocre filmmaker Ridley Scott has become. Prometheus starts to fall apart just when it should be getting good. As a few of the crew's numbers disappear and Rapace's Shaw discovers there's more out there than she expected, the anticipation that the action and the fear have finally arrived starts to build. Too bad writers Jon Spaihts (The Darkest Hour) and Damon Lindelof (Star Trek) don't know how to sustain everything they've so carefully built. A feverish panic sets in, as if they looked at their page count and realized they only had a limited number of scenes left to start providing some explanations. New revelations come fast and furious, with little regard to how the characters unveiling these discoveries came across them; an obvious twist that was telegraphed at least 40 minutes prior is revealed; and the slam-bang action and fighting and running and chasing and big explosions follow. The back third of Prometheus is a jumbled mash-up of horror, sci-fi, and CGI suspense, becoming kind of a weird remix of a Frankenstein movie. Only in space. And with a dumb false ending that exists only to set up sequels. (Finally, you can stop harassing Lindelof on Twitter about the finale of Lost, and start bugging him about the end of this!)

This turn into the illogical and annoying isn't enough to make me hate Prometheus, but it is indicative of the original problem. They know you like Alien, but do you like it enough? Should they hedge their bets and start tossing elements of other movies you also like into the mix? Like, how about a final solution that is like a cross between Independence Day and Armageddon? Would that make you like Prometheus even more? WOULD THAT WORK?!

Prometheus is a missed opportunity, and one that is going to get a lot more attention than it deserves. Advance chatter was already off the charts before I got to see the film, and I saw it a week ahead of release. It's the wrong way to go. A movie as befuddling in its execution as Prometheus doesn't really deserve the effort. Rather, it should only get silent disregard. The original tagline for Alien reminded us that in space, no one can hear you scream; Hollywood executives love it when their movie is talked about, even when it's negatively, but they abhor a vacuum. How much more effective would it be if we just pretended all these endless retreads didn't exist and waited for those clowns to finally do something new again? 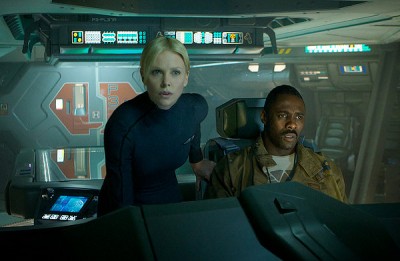