Paramount // Unrated // August 6, 2013
List Price: $49.99 [Buy now and save at Amazon]
Review by Stuart Galbraith IV | posted August 27, 2013 | E-mail the Author
(Note: As it covers virtually the same trends and territory, this review of Gunsmoke - The Ninth Season, Volume 2, is pretty much identical to its Volume 1 predecessor.

Gunsmoke is back for another year, its ninth (1963-64) of 20 massively productive seasons. It was the series' third year after switching from a half-hour Western drama to an hour one and, it might be said, the one season where all of Gunsmoke's stars were in alignment. This was co-star Dennis Weaver's last season as Chester Goode, Marshal Matt Dillon's (James Arness) assistant. Burt Reynolds, as mixed-race blacksmith Quint (half-white, half-Comanche) was eased in as a series regular during the previous year, while this season repositions illiterate wolfer Festus Haggen (Ken Curtis), a character first introduced in a 1962 episode, as yet another series regular, more or less taking Weaver's place. He'd remain with the series until its cancellation a dozen years later. 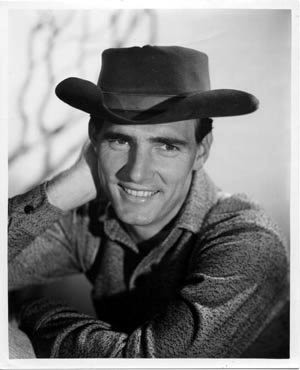 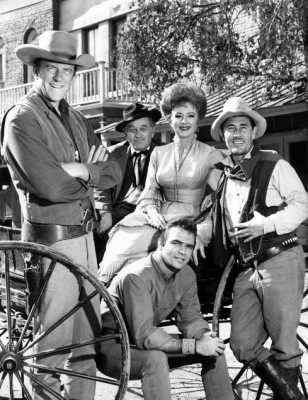