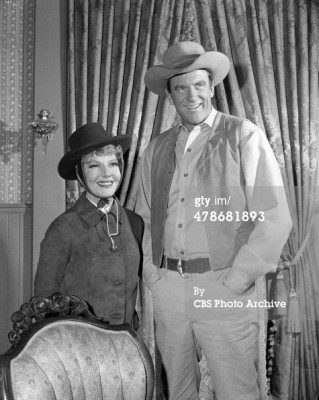 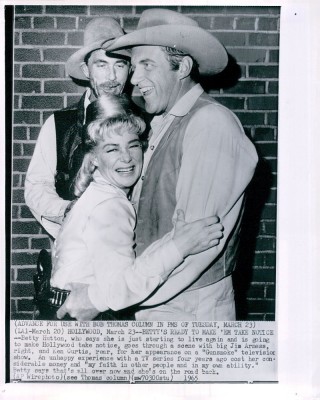 
Following a new opening gunfight title sequence created for this and the following season, shot on Gunsmoke's effective though obvious soundstage exterior of Dodge's main street (using forced perspective and a painted backdrop at one end), the season gets off to a good start with "Blue Heaven," written by Les Crutchfield and directed by Michael O'Herlihy. Typical of these hour shows the focus is on none of the regular cast but rather on the relationship between a man (Tim O'Connor) on the run following a murder-robbery he didn't commit, and a boy (Kurt Russell, then barely 13) hoping to reunite with his mother (Diane Ladd), now a hopeless drunk. The wanted man's gentle relationship with the boy and his mother is sweet yet realistic, and actress Ladd is unrecognizable in her character's first scenes. (And, as the IMDb helpfully points out, it teams the original "Thing," James Arness, with the star of the later remake.)