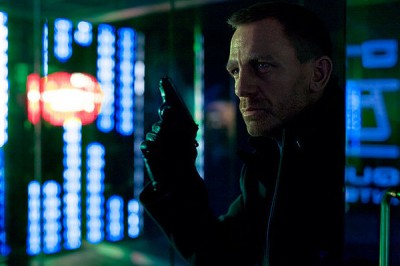 Third time's a charm. It seems that after two movies with Daniel Craig, the producers behind the James Bond franchise have got it right on #3. Skyfall is rousing fun, with stylish visuals, a solid story, and a crazed villain. It's also the deepest and most coherent so far, offering themes of old vs. new, pitting the more classical version of movie espionage against the modern world, and tying in Bond's past and the advanced years of his present.

I am by no means a James Bond aficionado, nor have I seen any of the older movies in many years, but I don't recall having ever enjoyed any of the previous entries as much as I did Skyfall. It's the movie the Craig reboot has been building to, the delivery on the promise that this is a James Bond for a modern world, for old fans and skeptics alike. (Then again, if they finally won me over to the dark side, maybe they've really blown it...?)

This installment finds Bond feeling a bit rickety after a mishap in the field--one resulting from a bad call made by M (Judi Dench)--nearly punched his ticket permanently. He returns to active service when a terrorist attack on homebase appears to be personally motivated. Someone from M's past is seeking vengeance, and 007 must go to Shanghai and then Macao to hunt the culprit. This villain, Mr. Silva, proves to be a brutal counterpart to Bond himself. Silva is played by a blonde-haired Javier Bardem, and though his portrayal of another bad man in No Country for Old Men likely got him this gig, the two characters couldn't be farther apart. Silva is flamboyant, sadistic, and driven by extremely personal motivations. He wants to punish M, and the fallout from his attacks will have the unexpected result of forcing Bond to face--and possibly erase--his past. 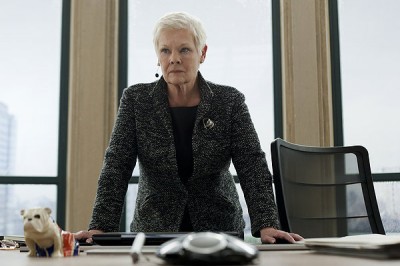 Further plot discussion is pointless. Needless to say, there are multiple breathless action sequences, a little sex and flirtation, and lots of incompressible banter, blending British slang and counterintelligence jargon into a hypnotic gibberish. Skyfall was written by John Logan (Rango, The Aviator) and the team of Neal Purvis and Robert Wade, who have worked on the Bond franchise since The World is Not Enough in 1999. (They also created Johnny English, apparently because the last two Pierce Brosnan entries in the 007 series weren't cartoony enough.) Taking over the directorial reins is Sam Mendes, best known for more personal films like Road to Perdition and Revolutionary Road (you know, road movies). Mendes brings a stronger understanding of character to Skyfall than was maybe evident in either Casino Royale or Quantum of Solace, digging into who Bond is while also expanding his world to lay the groundwork for future sequels. (The Hour's Ben Whishaw joins the cast as a new Q, and Ralph Fiennes (The English Patient) takes on a role as a new bureaucrat; a third character is best discovered on your own.) Some of the Freudian connections in the film's last act are maybe a bit much (it all goes back to childhood and your daddy's hunting rifle), but by that point, I didn't care. I was having too good a time.

Also joining Mendes is master cinematographer Roger Deakins (True Grit, The Assassination of Jesse James by the Coward Robert Ford), and together he and Mendes bring a more intensely gorgeous visual style to James Bond. Skyfall looks like a combination of Christopher Doyle's best work (Chungking ExpressLet the Right One In, Tinker Tailor Solider Spy). The most beautiful sequences feature a neon sheen, often quite literally. This is most astonishing when Bond fights an assassin atop a Chinese high rise that has a digital billboard projected on its windows. The lights are constantly morphing, changing, almost as if the fighters were duking it out underwater while tangled in phosphorescent seaweed.

It's a pretty gutsy sequence, and it could just be a superfluous distraction in less talented hands. Thankfully, Mendes and Deakins always put their bold vision in service to the action, making for clear fights and chases. Skyfall is a smooth movie. No shaky cam a la Paul Greengrass. There's enough obfuscation in spy stories as it is, we don't need to be straining our eyes to keep up. (The only real over-the-top portion is the credits sequence, which is to be expected; I enjoyed the musical video motif, even if I found the Adele theme as predictably boring as I generally find Adele.)

So, I don't know. Maybe Bond experts and fanboys will pooh-pooh Skyfall. I heard another critic, who I believe is far more invested in the series, comment at a later screening that it was the worst one yet. He's wrong, but that's his prerogative. He's older than me anyway, and this is new Bond--though one that, at long last, comfortably embraces its past even as it finally figures out the right way forward into something new. 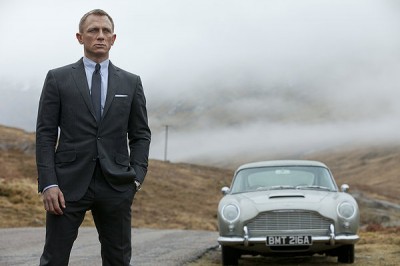