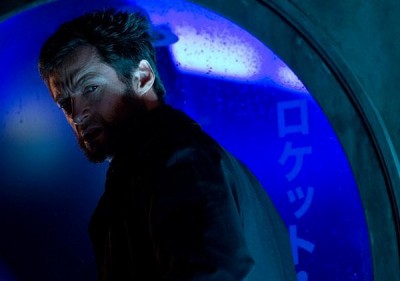 Two things kept running through my mind during Wolverine (no The required).

One, I wish I'd reshaped my mutton chops before the movie came out so I could be all, "No, he copied me."

Two, I want Hugh Jackman to gruffly call me "princess." I'd settle for "bub," but I'd probably audibly gasp if he called me princess.

When you think about it, these two things actually get at why the character, who was created in 1974 by Len Wein and John Romita Sr., has basically dominated modern superhero comic books ever since: Wolverine is manly and violent, but in service to a noble ethic and his own hopelessly romantic heart. He is a mutant Heathcliff, a world-saving Lord Byron. No one can best him or tame him, and when they come close, he returns harder and softer, more angry and tortured, than before. 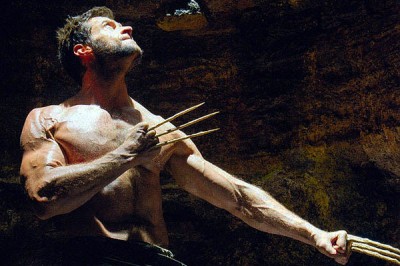 Forget that there was an X-Men Origins: Wolverine. It's for the best, and it's what Hugh Jackman and his team want you to do anyway. Just as they are preparing you to forget that there have been two X-Men movies since Bryan Singer. Let Professor X reach into your mind and DVD collection and wipe it all away. Wolverine opens some time after the Ratnerization of the franchise. The hairy hero has retired to the wilds of Alaska to brood and dream of lost love and stay out of human affairs. The past, however, is ever present, and his nightmares are catching up with him.

Logan is tracked down by a young Japanese girl named Yukio (newcomer Rila Fukushima). She was sent at the behest of a dying man who owes Wolverine for saving him when the U.S. dropped the bomb on Nagasaki. Logan reluctantly goes with her to Tokyo, and quickly gets bogged down in a family plot that involves yakuza thugs, ninjas, and a beautiful scientist with special reptilian talents (Svetlana Khodchenkova, Tinker Tailor Soldier Spy). Wolverine breaks his exile to protect the dying man's favored heir, his granddaughter Mariko (Tao Okamoto, another first-timer). Wait...a teenage-girl sidekick and a formidable damsel in distress that does as much for Logan's haunted soul as he does protecting her from bullet and blade? That's some classic Wolverine shit right there.

The Wolverine was directed by James Mangold, who has proven himself a small-scale genre director with such undervalued cinematic efforts as Cop Land and 3:10 to Yuma. While helming a Marvel revivification is definitely a level up game-wise, what makes this better than X-Men Origins: Wolverine is that Mangold brings his smarts with him rather than dumbing it down to satisfy test audiences and box office analysts. He gets that superpowered comics can be inherently outlandish and even goofy, but he let's the fun happen without belittling the genre. Sure, a whole lot of what occurs in the final showdown doesn't make sense. The last act almost seems like it was tacked on in rewrites. It doesn't really matter. Mangold has earned his way there through several excellent action sequences, following a path that gradually escalates the stakes while leading his warrior toward the ultimate threat. By the time it happens, a big fight where the bad guys fall is exactly what you're ready to see. (Though do yourself a favor and skip seeing it in 3D. While Wolverine's special effects are superb, the extra dimension adds little to justify the cost or aggravation.) 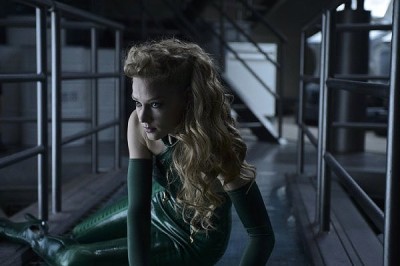 A lot of the trust and acceptance you're ready to hand over at that point is a result of Mangold and his writers, Scott Frank (Minority Report), Mark Bomback (Total Recall), and Christopher McQuarrie (Jack Reacher), never forgetting the human side of this mutant story. It's not just that they have gotten us to invest in Logan's current struggles and to care about Yukio and Mariko, but they actually keep the climax focused on the hero. There is no massive destruction a la Star Trek: Into Darkness and Man of Steel, and Wolverine is not supplanted by constructs like Tony Stark in Iron Man 3 or even the pilots of Pacific Rim. It's Logan versus his enemies, face to face, getting by with a little help from his friends.

Personally, I hope this isn't the end of the Wolverine series. This one shows that they've got it figured out. Hugh Jackman is the best he's ever been. He's funny and tough and rascally. Likewise, Rila Fukushim makes for a badass companion. The actress shows off some strong swordsmanship and acrobatics, and she can also deliver the sass the old man needs to keep him in line. I'd sign up for future installments of these two traveling the world and taking care of business, especially if the movies keep being as much of a hoot as this one was. 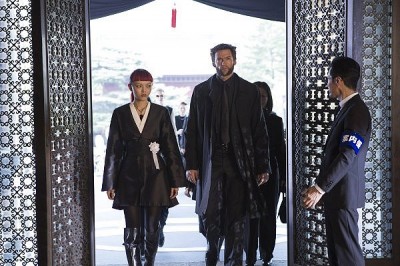