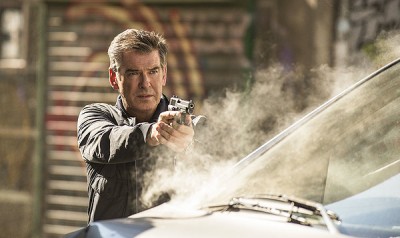 Sometimes just because a movie isn't actually good doesn't mean it's not entertaining. I'm not talking "so bad it's good," which is a concept I abhor, or even a "guilty pleasure," which I have equal disdain for; rather, a movie that fits a certain genre, hits all the right points, is fairly competent, and yet, falls somewhere short of the mark in terms of quality. The kind of thing you probably won't watch again, but that you don't mind having watched the first time, because, hey, at least it delivered what it promised.

This would be a movie like The November Man, an unpretentious espionage thriller with lots of action and a hero who does everything right and a beautiful damsel in distress who just might also be the key to the whole thing. There's a lot to laugh at in the movie. At one point, the hero shoots a parked car from some distance away and we are supposed to believe that just because he broke the fuel line, it would blow up. Another character, his former apprentice, is consistently dressed down for his daddy issues. Wanted posters featuring a notorious pimp feature the bad guy licking a high-heeled woman's calf. I laughed quite a bit, generally at inappropriate times, and each one a laugh teetering on being at and not with. I enjoyed those moments, though, and when I wasn't laughing, was genuinely invested in what was happening.

Bad enough that it's not good, but good enough I sat through it just fine. Is that a category?

The aforementioned hero is Peter Devereaux, a.k.a. Pierce Brosnan, who has settled into his wrinkles and gray hair to make a handsome if somewhat weathered post-retirement James Bond. He's fantastic in The November Man, and if Her Majesty ever wants to reinstate him to her secret service, I'm on board. In the meantime, Devereaux has been reactivated by his former C.I.A. boss (Bill Smitrovich, Crime Story) because he needs his best agent to go into Russia and extract an undercover operator that Devereaux himself handpicked and trained (and slept with!) once upon a time. Natalia (Medila Musliovic) is close to the next Russian President (Lazar Ristovski) and apparently in possession of the identity of a person who can change the game and keep Comrade Federov from taking power. Problem is, Federov is having anyone who knew him in the bad ol' days of the Chechnyan War assassinated. It's only a matter of time before Natalia's name comes up on the list or Federov get to the person she's discovered. Or both. 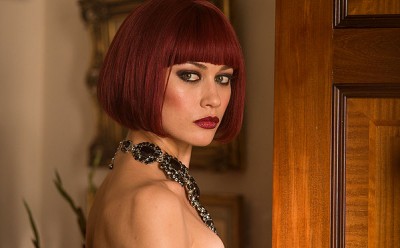 Naturally, Devereaux's pick-up goes tits up, and Natalia ends up dead and Devereaux ends up squaring off with his former protégé Mason (Luke Bracey, G.I. Joe: Retaliation). The two race each other as well as Federov's hired gun (Amila Terzimehic) and whatever behind-the-scenes player is really pulling the strings to get to the one person who may know the whereabouts of the girl Natalia was looking for. That one person is Alice (Olga Kurylenko, To the Wonder), a social worker specializing in refugees who helped the girl across the border. I don't think it will surprise anyone that Devereaux gets to her first, and the confused young lady goes on the run with him while he searches for the truth, leaving a trail of blood and bodies behind.

The November Man has a fairly knotty plot, courtesy of screenwriters Michael Finch (Predators) and Karl Gajdusek (Oblivion), working from a novel by Bill Granger. There are plenty of twists and change-ups, meaning The November Man rarely pauses long enough for you to lose interest. The film is helmed by Roger Donaldson, whose filmography is full of an eclectic mix of kinda good movies like Species, The Bank Job, and Cadillac Man. He has a solid grip of the material, and he and editor John Gilbert (Bridge to Terabithia) create some good tension and suspense jumping around between the different parties, particularly in the cat-and-mouse games that Devereaux leads Mason into.

Neither the action nor the dialogue is as good as, say, Jack Reacher, but if that Tom Cruise vehicle scratched a certain kind of itch for you, The November Man will likely reach the same place. They have a similar hard edge as well as comparable genre trappings. Brosnan's Devereaux has the same superhuman accuracy and agility as Cruise's Reacher, as well as a tendency to do some harsh things to push people out of harm's way and show he's not fooling around. Kurylenko steps in for Rosamund Pike to become the somewhat capable sidekick with her own stake in the game. Kurylenko is a lot softer here than her Quantum of Solace fans might expect, but it's good to see her in a spy movie again. Maybe next time she should star? She and Brosnan are the only actors to deliver a performance of any notice.

Sure, you will figure out where the missing girl is eons before Devereaux clues in, and you'll also spot a double-cross or two. You'll also wonder why some plot developments take way too long to pay off or others just drift away. But who cares? No one is trying that hard to hide it. Brosnan is a one-man Expendables team. And way better looking and a lot less broken down. The old dog may have no new tricks, but damn if The November Man isn't still pretty good at the ones he already knows. 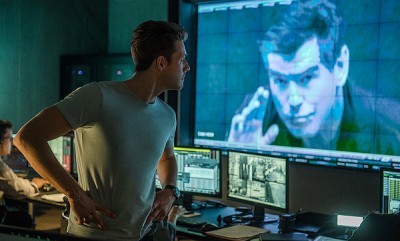