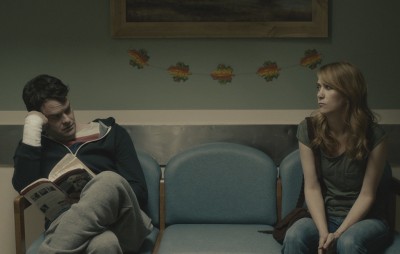 The Skeleton Twins is the tale of two siblings who inherited a morbid sense of humor from their father, only to have that same dark outlook make things difficult in later life.

Former SNL castmates Kristen Wiig and Bill Hader, who previously played a married couple onscreen in Adventureland, star as Maggie and Milo. After ten years apart, the two are reunited when Milo, following a bad breakup and other general life disappointments, attempts suicide. Maggie brings him back home to the upstate New York burg where they grew up, hoping it will help him get his head straight. The visit only proves to dig up past hurts and shine a light on just what screwed-up adults the kids turned out to be. Milo hunts down an old lover (Ty Burrell, Modern Family), and Maggie's dude-bro hubby Lance (Luke Wilson, Idiocracy) suddenly looks different when seen through Milo's eyes.

Directed by Craig Johnson (True Adolescents) and co-written by Mark Heyman (Black Swan), The Skeleton Twins is at times emotionally raw and other times overly slick. In a lot of ways, it reeks of indie flicks of yore, the kind of movie that is tailor-made for the Sundance Film Festival. There are some pretty predictable plays here. The penultimate scene is both obvious and too easily resolved. A middle-film brother-and-sister lip synch to Starship is corny and out of place. In fact, the music overall has problems. The score by Nathan Larson (God's Pocket) is cloying and precious, getting in the way of the emotions more than enhancing them. 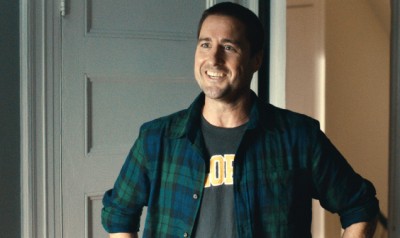 Yet, for every one bum scene, there are two or three more that really work, making The Skeleton Twins an otherwise successful drama about depression and loneliness. For some reason, Tamara Jenkins' The Savages kept coming to mind, another film about a brother and sister facing remarkably difficult circumstances. Hader and Wiig have made a bold choice for their first major dramatic turn. Their performances as Milo and Maggie allow them to subtly tweak their own comic personas, playing the same basic types that made them famous but more or less showing what they'd be like on their worst days. Hader is particularly brittle as Milo, using dark humor to cover up the deepest hurts. Credit to the writers, actually, for fine-tuning his jokes to be the right amount of obnoxious and unfunny to be funny in their own way. With each zinger, Milo is lashing out, both at everyone around him and at himself. Both performers do much with very little, reining in their broader instincts and editing themselves in ways they generally don't have to when playing for laughs.* Using two actors who know each other as well as this pair proves smart, as the rapport between them hints at the deep history required for the story.

One of my favorite bits about the movie, actually, is not what Milo and Maggie do, per se, but how they react to Maggie's husband and how he fits in their world. Despite his active lifestyle, Lance could otherwise assimilate into their dynamic. Luke Wilson delivers a killer performance as the stable doofus, trying hard to joke with his wife and brother-in-law. The irony is how little they get each other, despite how they both enjoy the grotesque. Listen to the bit where Lance is comparing arguing with Maggie to stepping on a landmine and how much he elaborates about what happens to his testicles in the explosion. How is Milo not laughing his own nuts off over that?

For the most part, what is truly refreshing about The Skeleton Twins is how it deals with and portrays depression and suicide. Johnson and Heyman attack the subject head on, never shying away from the more uncomfortable aspects of the condition, nor trying to explain it away or simplify it. There is little judgment passed, even between the characters. Maggie and Milo are chronically sad. For them it's hereditary, even if their mother (Joanna Gleason) is doing her best to deny it. This is a family that runs away, in all aspects of life, and The Skeleton Twins is ultimately about what it takes to get over certain hurdles and avoid running away one last time. 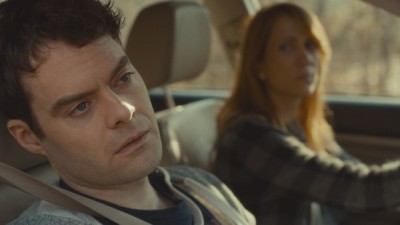 * Speaking of editing, in interest of full disclosure, I should note that I am friends with Jennifer Lee, the film's editor and one of its producers, back from her days when she was a different kind of editor in the comic book industry.