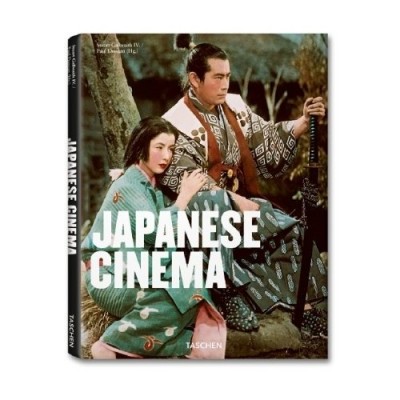 And Bill Kelley, in The Sarasota Herald Tribune, had this to say: "Not many film books deserve to have the adjective 'extraordinary' applied to them, but Stuart Galbraith's The Emperor and the Wolf is nothing less than that. In fact, it's more . . . this 823-page achievement wants to be all things to all admirers of its twin subjects, and, incredibly, it succeeds. Reference work, scrupulously thorough filmography, exhaustive biography - all are here . . . A graceful, economical writer, [Galbraith] is also a first-rate critic and film historian. [The Emperor and the Wolf] is a wonder of clarity and organization, and an enormous pleasure to read . . . [a] magnificent book."rn

rnIn 2007, Galbraith's The Toho Studios Story, was published by Scarecrow, while his latest, Japanese Cinema, has been published by Taschen and hit bookstore shelves in June 2009. rn

rnHe provided audio commentaries for AnimEigo's Musashi Miyamoto - The Ultimate Samurai and Tora-san, editing the accompanying booklet for the latter. A commentary recorded (with Steve Ryfle) for Godzilla vs. Megalon but suppressed and aborted due to legal problems became an instant collector's item. In 2011, he co-produced Message from Earth, a short documentary on the making of Kinji Fukasaku's Message from Space. rn

rnAlso in 2015 Galbraith wrote an essay for Arrow Video's The Happiness of the Katakuris and shot interview material for their Battles without Honor and Humanity boxed set. rnrnrnrnHe was an associate producer for the DVDs of the classic poolroom drama The Hustler and Sidney Lumet's The Verdict. He provided audio commentary (with director Richard Fleischer) for the Special Edition DVD of Tora! Tora! Tora! (all for 20th Century-Fox), and interviewed Oscar-winning cinematographer Vilmos Zsigmond for his audio commentary track for The Sadist. Galbraith also contributed commentary tracks to The Horror of Hammer and Tales of Frankenstein, all for All Day Entertainment. Galbraith's audio commentary for Classic Media's Invasion of Astro-Monster was released in 2007 and nomiated for a Rondo Hatton Award.rn

rnBorn in 1965 in Detroit, Michigan, Galbraith was a film critic for the Ann Arbor News, a daily newspaper. In addition to writing film reviews and feature stories, Galbraith also wrote a weekly column, "Video View," which ran from 1990-1993. Between books, Galbraith wrote for such film magazines as Filmfax, Outre, and the French film magazine HK Orient Extreme Cinema.rn

rnSince 2003 he has lived in Kyoto, Japan with his wife, Yukiyo, and their daughter, Sadie.rn